Palmer Assistant Town Manager Andrew Golas told 22News it's a roughly 30,000 square foot facility, and GTI would have the opportunity to expand it, up to 80,000 sq. ft. Golas said it would create up to 50 jobs after it's up and running.

Kadens told 22News GTI still needs to finalize the real estate deal, and get final state approval; but they want to stress, they'd only grow in Palmer.

22News found out they plan to ship product to a proposed GTI dispensary in Holyoke. Kadens told 22News the company has already received endorsement from Holyoke Mayor Alex Morse. 22News called Mayor Morse Tuesday to find out where the dispensary would be and if it's been approved. We're still waiting to hear back.

22News also discovered that GTI has separate plans to grow medical marijuana in West Springfield. Kadens said the state's granted the company initial approval, but it's in the early planning stages.

West Springfield Mayor William Reichelt said nothing's been approved, because GTI hasn't yet submitted an application to the city. Therefore, there's no known location. However, Mayor Riechelt did inform us that a dispensary operated by a different company, Heka Health, was recently approved for Interstate Drive. He told 22News a second dispensary has been proposed for the Circuit Drive area, but it's still pending approval.

GTI said the plans in West Springfield, are similar to the Palmer Plans. Kadens said the company plans to solely grow there, and then ship the marijuana to a future dispensary in Amherst, at the old Kimballs Auction Gallery at 169 Meadow Street.

Amherst Planning Department Director Christine Brestrup said it's been approved, but there's a number of steps GTI needs to take to open the facility. Those steps include, "fulfilling any state requirements, fulfilling the conditions of the Zoning Board of Appeals Special Permit and obtaining a building permit from the town's building commissioner. 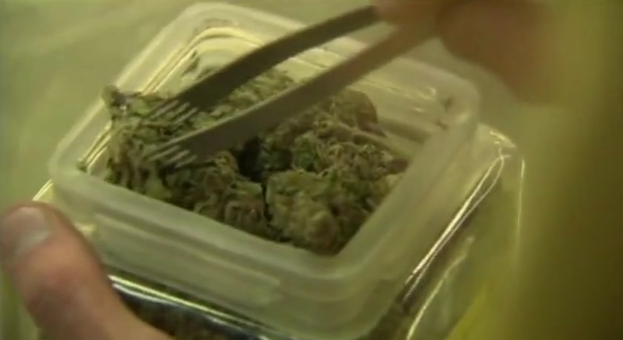