Newton - One week after Massachusetts voters approved the use of recreational marijuana, a new medical marijuana dispensary opened Tuesday in Newton.

Garden Remedies on Washington Street is the ninth medical marijuana dispensary to open in Massachusetts.

The dispensary is the culmination of a dream by founder Dr. Karen Munkacy, who went through breast cancer treatments 11 years ago.

"The nausea was about a thousand times worse than the worst flu I've ever had and it just never went away," said Dr. Munkacy, who has been working for years on establishing her new venture.

It began with getting medical marijuana legislation passed, then approval and final licensing for the facility, which came on Monday.

"At one point, we had to cover the sign because so many people were knocking on the door and they were upset that we weren't open yet, " Munkacy told WBZ NewsRadio 1030 Tuesday.

A staff of 33 growers, technicians, patient advocates and more will serve customers who are looking for pain relief alternatives.

She designed the facility that is clinical and welcoming for customers who may have previously purchased marijuana on the street.

"I wanted them to come into our facility and feel like it's okay to use this medicine when you use it legally. There's nothing wrong with this if this alleviates your suffering," according to Dr. Munkacy.

Garden Remedies offers multiple types of medical cannabis, including indica, sativa and hybrid, in a range of ingestion forms, such as vape products, flowers and tinctures. The product is grown at a sanitary facility in Fitchburg.

"You have to take a shower, shampoo the hair, put scrubs on. They wear surgical caps," said Dr. Munkacy.

The Garden Remedies founder is the mother of a 14 year-old boy. She has not taken any position on last week's state ballot question, but knows how her son feels about the drug.

"He said, 'Mom, I wouldn't use marijuana. That's for sick people.'" 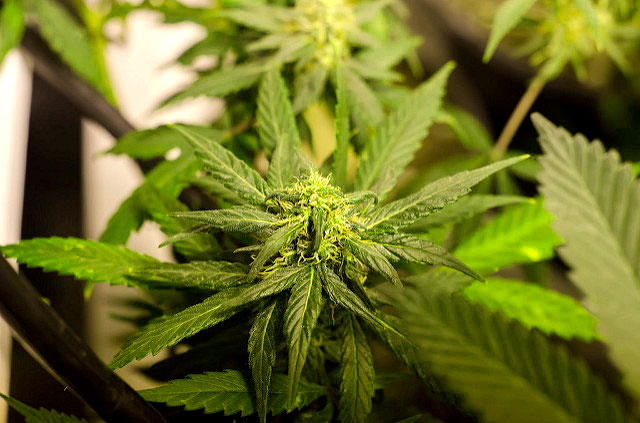