Shawn Collins will get to help shape the budding legal marijuana industry in Massachusetts after all.

The Cannabis Control Commission selected Collins, an assistant treasurer who has been Treasurer Deborah Goldberg's point person on pot for the last two years, to lead the nascent commission as its first executive director.

The CCC voted 5-0 Thursday afternoon to extend the job offer to Collins. After the commission's unanimous vote at the State House, Chairman Steven Hoffman walked roughly 150 feet down the second floor hallway to formally offer Collins the job in his Treasury office.

Collins had begun to prepare a regulatory structure for the new cannabis industry until oversight of marijuana was removed from the treasurer's direct auspices by the Legislature in a rewrite of the 2016 ballot law. Still, the CCC has been relying on Collins' past work in the six weeks it has been in existence.

Discussing their choice during public deliberations Thursday, the commissioners pointed to Collins' experience in Massachusetts and with the subject matter as his primary strengths. All five commissioners recommended hiring Collins and then voted unanimously to offer him the job.

"I do really think it is a significant strength to be familiar with the complexities of dealing with marijuana and the answers he gave during the interview showed me he really does get some of the nuanced issues and could hit the ground running," said Commissioner Kay Doyle, who worked with Collins when she was in charge of the state's medical marijuana program and he was preparing for full legalization.

Commissioners said their main concern with Collins is his lack of management experience, especially at the scale of the Cannabis Control Commission, but said Collins' references all indicated that he is a hard worker who is ready for his next challenge. They said his references also indicated that he could be a "taskmaster" when assigning responsibilities. He previously worked as chief of staff and general counsel to Sen. Richard Moore and served as chairman of the Webster School Committee.

"I am grateful for the unanimous support of the commission. This is an exciting opportunity to establish the agency that will develop a brand new industry in the Commonwealth," Collins said in a statement after the commission's vote. "There is plenty of work to be done and I can't wait (to) get started."

Collins told the commission during his interview Tuesday that he could start two weeks after informing Treasury that he will be departing, but said he would devote any time not spent on his job at Treasury to his new job at the CCC.

The terms of the job offer extended to Collins are not entirely clear. Hoffman said the salary will be around $150,000 per year, though the CCC had not finalized the terms of the offer. Collins currently earns $105,210 annually as assistant treasurer and director of policy and legislative affairs under Goldberg.

Hoffman said he thinks the greatest immediate challenge facing Collins will be catching up on the work the five CCC commissioners have done in the six weeks that they have been working as their own agency.

"He knows this subject cold, certainly better than I do, but we have been working for six weeks, we've been our own staff, we've done a lot and I think he needs to catch up so that he, A, can take stuff off our plate but, B, not be redundant in terms of workflow," he said. "He has not been part of that process."

The House chair of the Marijuana Policy Committee said Thursday he is pleased with the selection of Collins, someone he has known and worked with for almost a decade.

"It's a great choice. I have known Shawn for years and know his familiarity with this issue. He brings the knowledge of the marijuana issue but also his knowledge of government, which are two key assets to set up the Cannabis Control Commission," Rep. Mark Cusack said. "I look forward to working with him and providing any help or clarification I can along the way."

The selection of Collins to lead the CCC was also well-received by advocates who led the ballot question campaign last year to legalize adult use of marijuana.

Luzier said the first issue he will want to raise with Collins is that of the timeline to implement the new law and allow retail marijuana shops to open. The CCC can begin issuing licenses on June 1 and retail sales are expected to begin July 1, 2018.

"His grasp of the issue that was exhibited in the meetings that we had with him certainly means he is not going to have a steep learning curve," Luzier said.

After the CCC's deliberation and vote, Hoffman was asked about the perception that the selection of Collins was a fait accompli, given his deep Beacon Hill ties and previous involvement with the new marijuana law.

"Look at the process we did. I had not had any conversation with any of these commissioners prior to today since Tuesday. There was nothing orchestrated here. I think we all came to the conclusion independently through, I think, a very open and transparent process that he was the right choice. So I can't account for how people will respond, that's not my job. I know this was not a fixed process, I know this was an open process, I know this was a fair process and I think we came up with the right candidate."

The CCC received 42 applications for the position and conducted private first round interviews with eight of the applicants. Hoffman and Commissioner Britte McBride, who led the executive director search, then selected three finalists to be interviewed in public.

In addition to Collins, the CCC publicly interviewed Erin Bradley, executive director of the Children's League of Massachusetts, and Norman Birenbaum, a principal analyst at the Rhode Island Department of Business Regulation.

Commissioners said they liked Birenbaum's direct experience with a regulated marijuana market, but voiced concerns about the fact that he has not worked in Massachusetts in recent years. Bradley's key strengths were her experience working with a large board of directors and a wide array of stakeholders, but they worried that she did not have the subject matter expertise necessary to get the CCC off the ground under the tight deadlines the agency has.

At least five of Collins' colleagues from Treasury made the short trip down the hallway to attend the CCC's deliberations and vote Thursday. None of the three candidates were present. 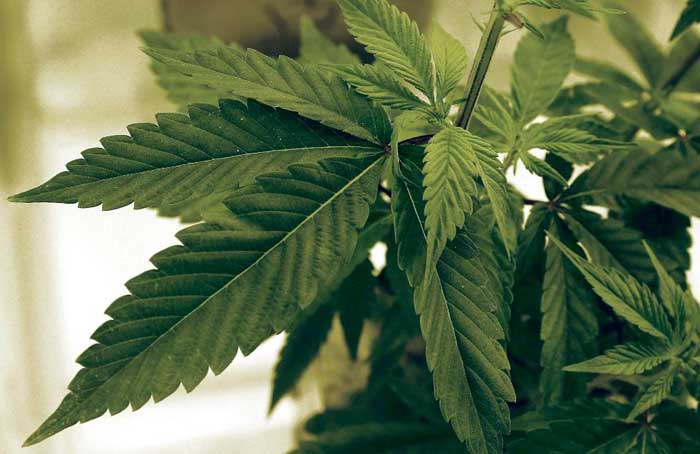