Opponents of Question 4 in Massachusetts have suggested concerns about racial disparities in marijuana policing are overblown, because no one is really getting arrested or going to jail because of weed in our state. Adults who want to smoke marijuana in their homes can do so, said Senator Lewis, a prominent anti-legalization advocate. "No one's bothering them today," Lewis said. That's simply untrue, and evidence of how out of touch the No on 4 campaign is when it comes to the lived experiences of many Bay Staters - primary among them people of color.

Today, the ACLU of Massachusetts is proud to release a mapping tool built by Paola Villarreal, our Ford Foundation Open Technology Fellow, which paints a clear picture of these racial disparities in marijuana policing. The tool uses the latest census data and near-realtime reports from the Boston Police Department to show exactly where people are being harassed, written up, and arrested for marijuana in our city.

Opponents of marijuana legalization might look at this map and say these incidents aren't a big deal. Or they might say, as they've told reporters in the past, that people charged with marijuana crimes are often subjects of police attention for other reasons, such as larceny. But that just confirms what we've long known: The No on 4 camp is hopelessly out of touch with how our justice system actually works. Today, prosecutors in Massachusetts can stack marijuana charges on top of other charges, and use them as weapons to coerce people into accepting plea agreements they might not otherwise accept. And as the Supreme Judicial Court recognized in its landmark Warren ruling a few weeks ago, police attention means different things to Black and white people. For white people, being stopped by the police and issued a citation for marijuana possession might not be such a big deal. But for Black youth in Boston, who by and large have vastly different experiences with the police compared to their white classmates, these kinds of interactions can lead to very bad outcomes - increased stress just walking down the street perhaps the most benign.

As these maps show, whiter communities in Boston simply don't face the same kind of scrutiny for marijuana use or sale that Blacker and browner communities face, despite the fact that white people use and sell the drug at the same rates as Black and brown people. These data aren't old, so opponents can't say that was then. This is now. And it's time for a change. 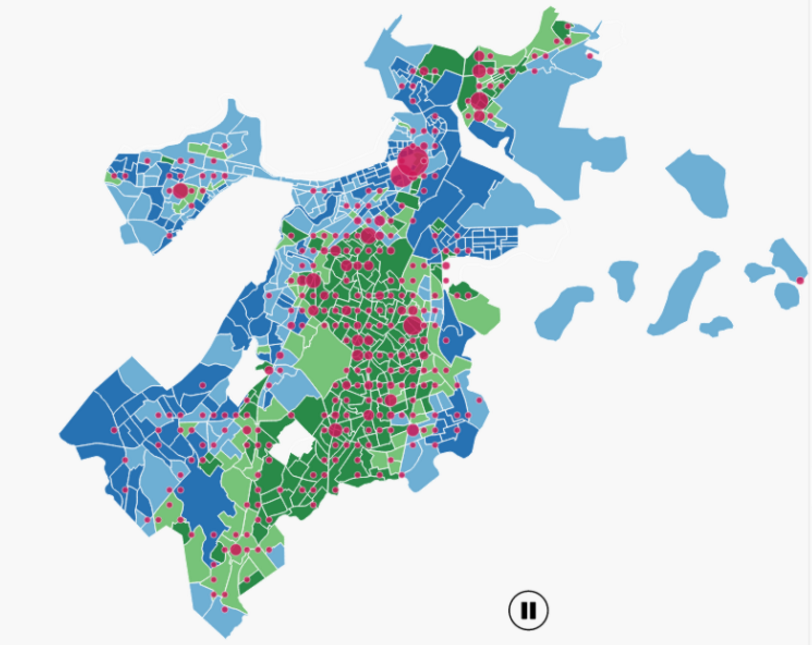