City officials said this week they will consider re-establishing a moratorium on recreational marijuana businesses, possibly up to the end of 2018, to allow more time for drafting local regulations.

"None of this is intended as a stall technique," Brennan said. "It's intended to simply give cities and towns ample time to go through their process as indicated by law in a thoughtful way and respond accordingly. Time is only to make that happen, nothing more, nothing less."

At a Springfield meeting on Monday night, City Solicitor Edward M. Pikula discussed the process, established by state law, for regulating the use and distribution of recreational marijuana.

The council approved a temporary moratorium earlier this year but it expired in August, Pikula said.

The city's law and planning departments are recommending that a moratorium be renewed and stay in effect up to Dec. 31, 2018, or sooner if local regulations can be finalized sooner, he said.

Pikula said the city is awaiting state regulations that will assist in drafting local rules. The newly formed Cannabis Control Commission, which oversees state control of medical and recreational marijuana, has a mid-March deadline to finalize those regulations, officials said.

Massachusetts voters legalized the recreational use of marijuana in November 2016, but manufacture and sale is prohibited pending state regulations, with local regulations also permitted within state guidelines, officials said.

The draft temporary moratorium in Springfield, shown to the council on Monday, states that regulation of marijuana facilities "raises novel and complex legal, planning, and public safety issues." The planning board will consider the moratorium before the council votes on it, officials said.

"The City of Springfield needs time to study and consider the regulation of Marijuana Establishments in order to address such novel and complex issues and to address the potential impact of the State regulations on local zoning," the draft moratorium states.

According to Pikula, local controls under state law include: time, place and manner regulations; limiting the number of marijuana establishments in a city; restricting cultivation, processing and and manufacturing of marijuana that is a public nuisance; establishing reasonable restrictions on public signage; and establishing civil penalties for violation of an ordinance.

In addition, a community can impose a local sales tax up to 2 percent of the sales price of marijuana and marijuana products.

The city has approved a medical marijuana facility in East Springfield, which has not yet opened. 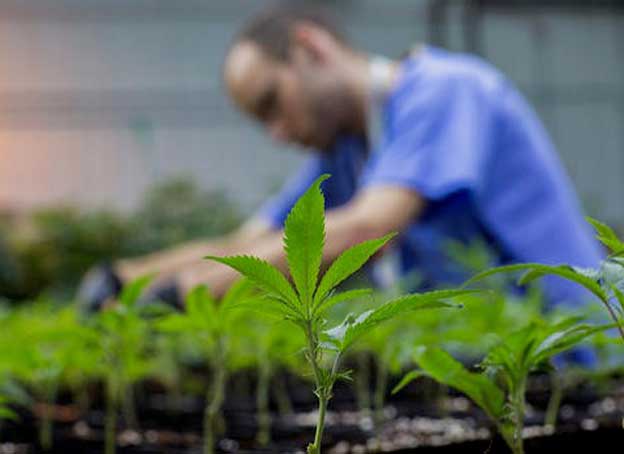