In 1999, Maine passed the Maine Medical Use of Marijuana Act, which started the process of nullifying these unconstitutional federal prohibitions within the state by authorizing the plant's use in limited, medical situations.

Both of these scenarios would remain "illegal" under federal law, as is technically the 1999 Act. Yet thanks to the actions of states that have refused to comply in varying degrees with federal prohibition over the last 19 years, the federal government has officially backed down. In a recently passed federal spending bill, medical marijuana and industrial hemp operations, in states where they are legal, no longer fear arrest by federal law enforcement officers. According to the Huffington Post, "The spending bill includes an amendment that prohibits the Department of Justice from using funds to go after state-legal medical cannabis programs."

These protections in the federal spending bill was not the result of benevolence or mercy on the part of the feds. No pardon has been issued by President Obama for any medical marijuana patient convicted for violating federal drug laws.

The protections are rather an acknowledgement of successful state resistance to unconstitutional federal laws. Right now, more than two-dozen states and the District of Columbia have passed laws decriminalizing or legalizing marijuana to varying degrees.

The feds simply cannot enforce these laws without the aid of the states. This means additional resistance, such as the passage of these two bills in Maine, will ensure that no matter who is elected to Congress in the future, they won't be able to reverse the achievements already made towards nullifying the unconstitutional federal prohibition on marijuana. 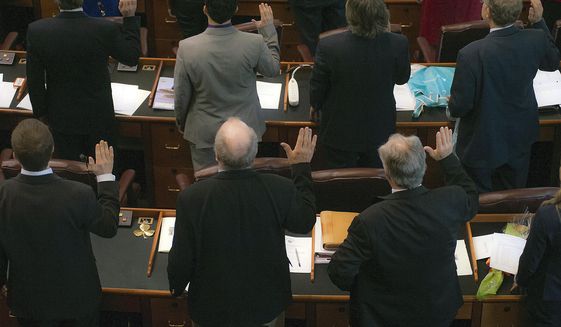