State lawmakers are considering whether to eliminate a cap on the amount of marijuana that can be grown for recreational sale in Maine. Last fall, voters narrowly approved the Marijuana Legalization Act, a ballot initiative that limited the amount of marijuana that could be grown for retail sale in Maine to 800,000 square feet of growing space, or canopy, which is equivalent to about 18.4 acres. The initiative set other limits, too, including a 30,000-square-foot cap for the largest growers and a license set-aside for small growers.

Although the act is now law, it is up to the Legislature to set the rules for Maine's new recreational market. It could opt to eliminate a cultivation cap.

Much of the cap debate centers on the best way to starve the black market, both in Maine and in nearby states where recreational marijuana is not legal. People on both sides of the cap debate worry that the threat of diversion, or sale of legally grown marijuana into the black market, could prompt a crackdown in Maine by federal authorities. Marijuana remains illegal under federal law.

Supporters say a statewide cultivation cap will prevent growers from raising too much marijuana. Without a cap, cultivators might overestimate demand, grow too much and end up selling their overage into the black market. "Too many fish in the sea will be a legal glut, and will force sale into the black market," said John Dole, director of cultivation at Maine Organic Therapy in Biddeford.

Put a cap in place, and overage will be unlikely, prices will be stable and the businesses that do get into the market will be able to attract investors to fund their startup because they will have a better shot at getting a return on their investment, said Hannah King, a Portland lawyer who sits on the board of a marijuana lobbying group, Maine Professionals for Regulating Marijuana.

Dispensary founder Glenn Peterson, who operates Canuvo Inc. of Biddeford, prefers a cap, at least for now, because it will help state regulators figure out how to enforce the rules in this new market. The state is already struggling to properly regulate the much smaller medical marijuana industry, he said.

Opponents say a cap will actually help the black market because there won't be enough affordable marijuana to meet Maine demand. With limited supply, those who have a piece of the 800,000-square-foot growing market will be able to keep prices high, they say, and will drive consumers to the black market to find affordable options. They note that many cap supporters stand to make money if a cap is put in place.

Boyer notes that Maine doesn't cap the amount of beer that can be produced within its borders. If it had, many of Maine's small craft breweries never would have cracked the market, and consumers would be without the quality and affordability that thrives in a competitive free market, Boyer said. If it must cap the grow to avoid federal ire, Maine should give the regulatory agency the flexibility to adjust the cap to meet future demand, he said.

Tucked inside the discussion of cultivation limits is a debate over whether individual and statewide grow should be limited by square feet or the number of plants, about the definition of growing space — is it the greenhouse canopy or the growing space found right under a lamp? — and whether outdoor grows ought to have more space than indoor as a way to encourage growth in rural areas.

Some people think a cap will benefit small growers, as it makes it easier for regulators to set aside a certain amount of canopy space or plants for anyone growing less than 3,000 square feet and makes it less likely that big growers with deep pockets can flood the market, lower the price of marijuana and then wait out the market until the small growers fail. Others say no cap means small growers are more likely to get a license.

Currently, there is no cultivation cap for Maine's eight medical marijuana dispensaries, although that could change as the Legislature implements its adult market. Under existing law, caregivers are limited to six flowering plants per patient, and can have no more than five patients at one time plus themselves, which limits them to no more than 36 flowering plants.

Lawmakers are also struggling to figure out how to calculate demand for marijuana in Maine, not just for its residents, but for its tourists, too.

One of the groups behind last year's successful ballot initiative, Legalize Maine, estimates Maine would need to grow 320,669 pounds of marijuana a year to meet the demands of Maine residents and tourists. It believes that about 65,000 Mainers smoke two joints a day, which qualifies as heavy use, and 260,000 casual users use marijuana once or twice a week. Of the tourists, it estimates 1.7 million heavy users and 6.8 million casual users.

Legalize Maine estimates the 800,000-square-foot cap included in the initiative it helped to write would grow between 132,000 and 200,000 pounds of marijuana, depending on how much of the canopy space was used for actual growing space, thus falling short of the 320,669 pounds it estimates is necessary to meet the demand of Maine residents and tourists. That is one reason why one of its leaders, Paul McCarrier, said he is leaning against a cap.

Other people who have testified before the Legislature's Committee on Marijuana Legalization Implementation have come up with other estimates for demand and yield scenarios.

The Marijuana Professionals group urged the committee to hire a consultant to do a market study to establish demand before rolling out regulations that may cap recreational growth. When lawmakers balked at the delay, King said that other states have used early sales to meet the pent-up demand that may build up between the referendum vote and the first legal sale of recreational marijuana.

The legislative committee will return to this topic over the next few weeks as members familiarize themselves with rules in other states and hear testimony from industry participants and the public, said its House chairwoman, Rep. Teresa Pierce, D-Falmouth. 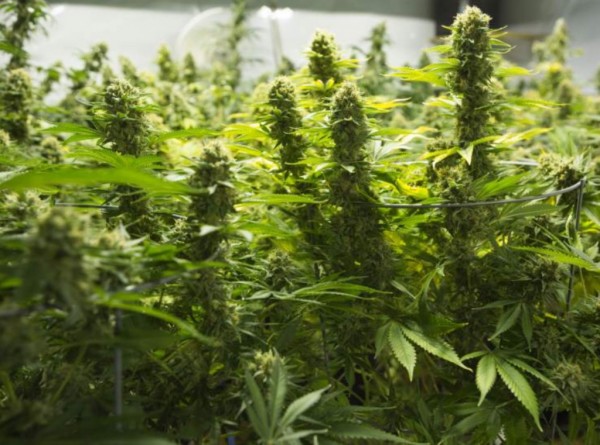