Gardiner - Few people know about a recent preclinical study by the Byrd Alzheimer's Institute in Florida that states THC, the component in marijuana that gets users high, may slow the progress of Alzheimer's disease, according to Becky DeKeuster of Wellness Connection of Maine.

"Patients in Maine don't seem to know about the benefits of THC delaying Alzheimer's progression," DeKeuster said in a press release.

To get the word out, Wellness Connection of Maine, the state's largest medical marijuana dispensary group, held an information session for patients diagnosed with Alzheimer's and their caregivers Saturday at its Gardiner office.

Medical marijuana patient Allen Gellasson of Portland, who was recently diagnosed with Alzheimer's, said Sunday that since he's already taking the medicinal medicine for chronic back pain, he's hopeful it also will help keep his mind sharp.

"I guess I don't know If I believe it or not, but if there is a chance," Gellasson said about the possibility of marijuana slowing the memory-stealing disease.

Neuroscientists at the University of South Florida's Byrd institute published their findings about the possible therapeutic effect of THC for Alzheimer's patients in the Journal of Alzheimer's Disease in July.

"These sets of data strongly suggest that THC could be a potential therapeutic treatment option for Alzheimer's disease through multiple functions and pathways," neuroscientist Chuanhai Cao, lead author of the study, wrote in the findings.

The researchers found that extremely low doses of THC reduce the production of amyloid beta, a protein that develops early in the disease, and enhanced mitochondrial function and inhibited aggregation associated with the disease, Cao said in an article on the University of South Florida's website.

"Are we advocating that people use illicit drugs to prevent the disease? No. It's important to keep in mind that just because a drug may be effective doesn't mean it can be safely used by anyone," study co-author Neel Nabar added. "However, these findings may lead to the development of related compounds that are safe, legal and useful in the treatment of Alzheimer's disease."

Since to date, no effective treatments have been developed to cure or delay the progression of Alzheimer's, any good news is worth spreading, DeKeuster said.

In addition to the eight dispensaries, there were 1,720 registered caregivers in Maine as of Dec. 31, 2014, according to Maine Department of Health and Human Services spokesman David E. Sorensen.

"It blocks plaque build up that creates memory loss and relieves agitation and frustration associated with the onset of the disease," DeKeuster said.

There are more than 5 million in the U.S. and about 37,000 Mainers living with Alzheimer's disease, according to 2012 data on the Maine Department of Health and Human Services website. With the state's older population, that number is only expected to grow.

For Gellasson, it's too early to say if he has seen any positive effect. He said while the price of the edible medical marijuana he takes "is painful" at about $100 per week for the three times per day treatment, it is better than the 21-pain pills per day he was taking on the Army's dime.

"It got bad, and I didn't even realize it," the Vietnam veteran said.

The possible added benefit that the THC may also help slow the onset of his Alzheimer's is something he is only somewhat optimistic about. He says he wants to do more research. 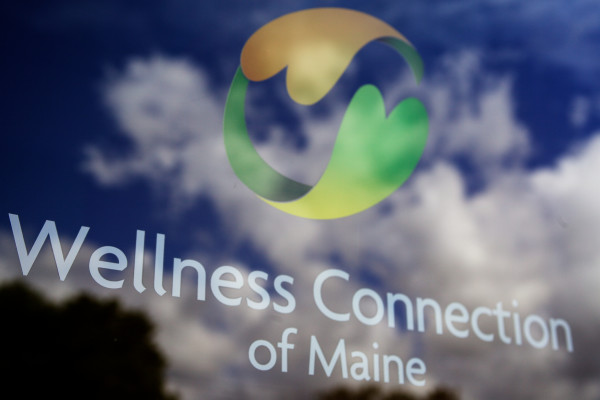