Some voters going to the polls for the primary elections on Tuesday will be asked to sign petitions that could put the issue of decriminalizing the possession of small amounts of marijuana on the ballot this fall. Much like voters in Portland had their say on a local ordinance last fall, voters in Lewiston, South Portland and York are expected to take up the issue this November.Citizens for a Safer Maine launched their petition drive in Kennedy Park in Lewiston Monday afternoon by repeating their belief that marijuana should be regulated and taxed much like alcohol. The ordinances they support would allow someone 21 years of age or older to possess marijuana and use it on private property, but would not make it legal to use in public or allow them to operate a vehicle while under the influence.

"It is illogical," proclaimed David Boyer, Maine political director for the Marijuana Policy Project. "We have bigger fish to fry. There's violent crimes going on, there's property crimes and that is where our police resources should be spent." "It is just a simple issue of freedom," added former state representative, Stavros Mendros. "I'm not a big fan of marijuana. I think smoking it is a bad idea personally, with all due respect. I think it is dumb, bad for your health, but then again, so is being fat and no one is throwing me in jail for that, so you know it is about letting people live and have the freedom to live the way they want to live."

While the ordinances, if passed, would largely be symbolic in nature as local laws can not preempt state and federal laws which still prohibit the sale and use of marijuana for recreational purposes, those against the measure say it does change the perception of kids that the drug is not harmful. "So nothing changes on the ground at the municipal level, but what does change is the message that youth may be getting as far as it is another step towards broadening access, another step towards saying it is no big deal," stated Scott Gagnon, state policy coordinator for the group Smart Approaches to Marijuana. He says recent studies of drug use among middle school students in Androscoggin County show kids are less concerned about the risk of regular marijuana use. He believes the messages kids are receiving from both the legalization movement and the state setting up dispensaries for medicinal marijuana have changed how kids feel about the pot.

He also says the fact that the ordinances would prohibit the use and sale to anyone under 21 years of age will not deter kids from trying it or easily obtaining it. "One of the primary drivers of youth substance abuse, whether it is marijuana, alcohol, tobacco is social access, it is not retail," said Gagnon. David Boyer says it is time that adults stop lying to kids about marijuana, saying he believes that it is much safer than alcohol. "We feel like this is the right message to send to kids that, look marijuana is for adults 21 and up," he said. "Right now, they are not hearing that message, and when you turn 21 you can use marijuana, you can use alcohol, if you choose, both can be used responsibly." Supporters of legalization say these local votes are another step closer to pushing for a statewide ballot initiative, which they feel could come as soon as 2016. 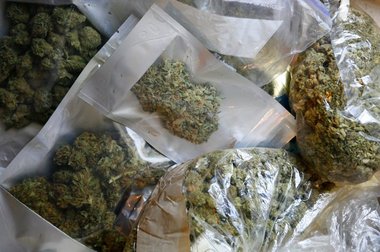