PORTLAND, Ore. - Pot is on the top of a lot of minds right now. Oregon's medical marijuana law has become one of the hottest election issues in Oregon's attorney general race.

Sixteen states and the District of Columbia now have medical marijuana laws.

In just Oregon and Washington there are nearly 100,000 medical marijuana patients.

Now this once fringe culture has taken another step towards the mainstream — growers and grower cooperatives can now buy insurance policies to protect their crops and marijuana inventories against losses.

Insurance agent Dan DeChynne is one of the first to sell the pot policies in Oregon and Southwest Washington.

"It covers every kind of possible case; fire, rain, or wind, theft, even raids," he told KATU On Your Side Investigator Thom Jensen.

We met DeChynne outside one of the new store fronts where patients buy medical marijuana insurance in Kalama, Wash.

The policy at Releaf Medical Marijuana growers cooperative covers the brick and mortar, but it also protects the pot against losses from bugs, theft, fire and yes, even raids by local or state police.

As he pushed a cart loaded with some of Releaf's potent pain killer and sleep disorder pot called AK-47, manager Nate Hewitt told KATU the insurance protects patients more than anyone.

"It's priceless for me because of the value it is to the patients," he said.

Without the insurance, Hewitt said there are just too many variables that can ruin a marijuana crop or leave then vulnerable to raids and thefts. He said the insurance policies will help restore inventories more quickly after a loss so he can start delivering the medicine to patients.

The Director of the Oregon chapter of the National Organization for the Reform of Marijuana Laws, or NORML as it is more commonly known, said the insurance idea is also taking off in other states.

Still, Madeline Martinez said it's too expensive right now for many smaller growers.

"Once the insurance goes down a little bit, I think everybody will have it," she told KATU.

Some marijuana providers question how much the insurance will actually help.

"Will it protect against the DEA? It depends on how good the attorney really is," said the owner of a cannabis catering service in Vancouver, Wash.

He goes by names like "Dustin Ethan Andrews" or "Frank Bradley Iverson." The initials of those names are evidence that he is primarily concerned about the two federal law enforcement agencies.

He told us the FBI and DEA are the greatest threats to his marijuana supply because they can take everything in a single raid.

He may have good reason for his concerns, even if he has an insurance policy.

The man who helped author California's medical marijuana insurance statutes said the insurance will only protect against state or local raids, not against those conducted by federal agencies like the FBI, DEA or the U.S. Department of Revenue.

Michael Aberle of Statewide Insurance in Sacramento said his company underwrites between 3,500 to 4,000 marijuana policies right now. He said the industry cannot protect clients against federal raids because marijuana is still considered a controlled substance at the federal level.

Representatives of state agencies that govern the insurance industry in Oregon, Washington and California told KATU they do not know the total number of policies sold to date.

A spokeswoman for the Oregon Insurance Division says she does not know of any policies actually called Medical Marijuana Insurance in Oregon, but she said they may be sold as a product called "surplus line insurance." 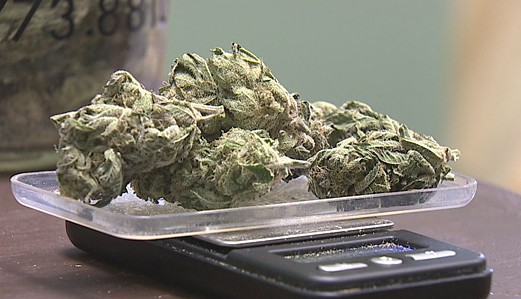