The amusing irony of the "fake news" crusade being pushed by mainstream media is the fact that MSM themselves are publishing fake and misleading stories.

Take CBS, for example. In November, CBS Boston published an article promoting an unproven blacklist of fake, misleading news sites. Now, in December, they have published what can only be called a pathetic attempt at a cannabis hit piece — devoid of any rational basis.

The title, "Mysterious illness tied to marijuana use on the rise in states with legal weed," is enough to make people who don't click on the article think something dangerous is happening as cannabis is legalized.

Reading the article would lead the less analytical among us to think something serious is afoot in Colorado, portending bad things as prohibition crumbles.

As we will see, there is no substantial evidence of a rise in the illness, and no evidence whatsoever presented for a rise in multiple "states with legal weed."

Dr. Jonathan LaPook, chief medical correspondent for the CBS Evening News, begins with Lance Crowder, who was having "severe abdominal pain and vomiting" for two years but couldn't get a diagnosis. Finally, a physician at an Indianapolis emergency room said he had a condition called cannabinoid hyperemesis syndrome (CHS) due to being a heavy pot smoker for many years.

CHS is a real illness, but there's nothing "mysterious" about it. In extremely rare cases, when someone smokes large quantities of cannabis every day for many years, they can develop "cyclic episodes of debilitating nausea and vomiting" which are relieved by hot showers. The average onset of symptoms is after 16 years of smoking heavily.

But the kicker comes next. Dr. LaPook pivots to Dr. Kennon Heard at the University of Colorado Hospital in Aurora, Colorado, who published a study titled "Cyclic Vomiting Presentations Following Marijuana Liberalization in Colorado."

Dr. LaPook equivocates CHS with cyclic vomiting syndrome (CVS), but the two are not the same. CVS is caused by any number of things.

According to the Mayo Clinic:

It appears that Dr. Heard's study did look at cases where patients noted cannabis use, but the distinction between CVS and CHS is important. Now let's look at the numbers in the study.

"The authors reviewed 2,574 visits and identified 36 patients diagnosed with cyclic vomiting over 128 visits. The prevalence of cyclic vomiting visits increased from 41 per 113,262 ED visits to 87 per 125,095 ED visits after marijuana liberalization..."

This corresponds to an increase from 0.036 percent of visits to 0.07 percent of visits. This seems hardly significant to warrant concern, especially since the data comes from two hospitals and there is no indication of controlling for other factors, such as migraines or childhood history. In other words, this 'study' appears to be manufactured to make its point.

So before legalization, people didn't admit they smoked weed as much.

This means the rate of occurrence could actually be the same before and after legalization. If 40 people didn't admit they smoked weed before legalization, there would be no real difference in the comparison. And, of course, this means the scary claim that a "mysterious illness" is "on the rise" could be totally wrong.

CBS doesn't stop there, though. They use this study to claim CHS is "on the rise in states with legal weed" — even though the study is from only two hospitals.

As a final clue to the desperation of CBS in linking cannabis legalization with a "mystery illness" on the rise in legal weed states, here is a screen shot of the article.

Clicking on the top right link, "Little-known illness tied to smoking weed on the rise," brings one to the same article with the more ominous headline – suggesting they actually changed the title to make it more ominous, and far more misleading. 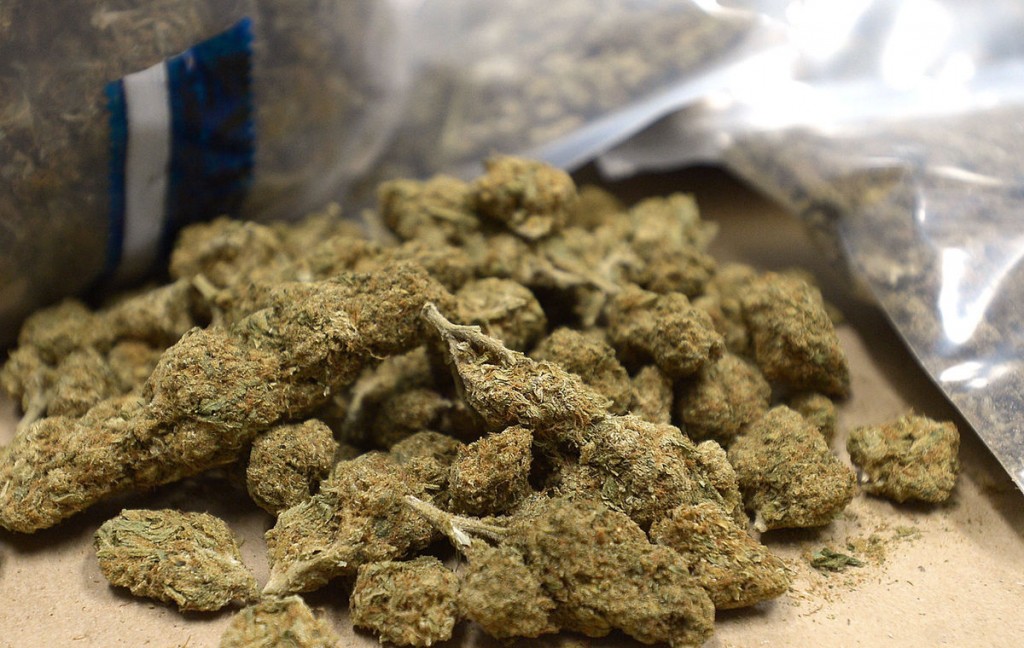