Majority Of D.C. Voters Expected To Vote In Favor Of Recreational Pot

District of Columbia residents are expected to say 'yes' to legalizing small amounts of recreational marijuana when they head to vote on the measure in just two weeks, according to recent polls. The polls show two-thirds of voters approve of the idea, but questions have been raised about who will actually be able to smoke marijuana. District officials say even if it becomes legal, D.C. employees who are required to submit to drug testing will still be prohibited from smoking pot. Those employees include police, fire fighters and employees who work with at-risk children.

Metro says its bus and train operators will also be prohibited from smoking recreational marijuana. But government employees aren't the only exception to the law on the Nov. 4 ballot: Anyone could be fired if their employer discovers they legally smoke pot. "D.C. is basically legalizing pot for the unemployed," says Ari Wilkenfeld, a D.C. based civil rights attorney.

Wilkenfeld says since federal law still considers pot an illegal drug, employers are on firm ground. "Unless the D.C. Council passes legislation protecting citizens who smoke marijuana from discrimination, any employer can fire someone," Wilkenfeld says. Ward 2 Councilmember Jack Evans says if voters approve Initiative 71, the council will have a lot of "tweaking" to do. Evans says he supports passing a law that would protect an employee's right to legally smoke pot. "For the most part, yes," Evans says. "There may be some jobs that testing positive for marijuana is inappropriate and should remain an offense where they could be dismissed." 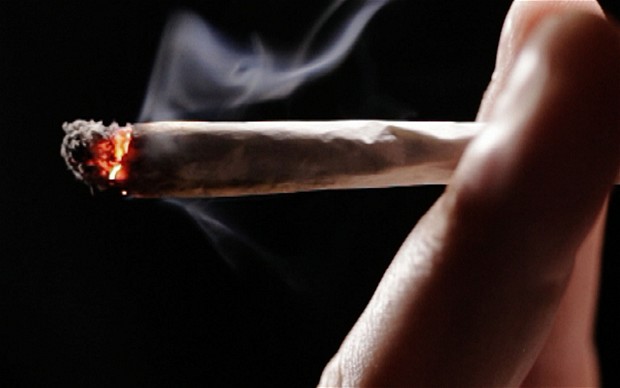 I'm pretty sure that the majority of the world's population favors legalization. Since joining this site back in February, I've had a lot of discussions with people about Cannabis, and although not all of them choose to use it, everyone so far has supported legalization. Some of those people have NEVER used it, and still support legalizing it.

And I certainly feel that testing for Cannabis use is not only an antiquated practice, but it's also a violation of privacy. Some people choose to indulge and would rather not discuss it openly. What I do in the privacy of my home is not my employers business. Whether I choose to drink, smoke a little Cannabis, having massive parties with tons of pizza and wings, or if I'm participating in religious ceremonies.

I feel this applies to ALL jobs/careers. As long as what someone does isn't affecting work performance, it should have no influence over whether or not they stay employed. And most of us have already worked somewhere, where someone showed up at work still drunk, but nothing comes of it in most cases due to the long standing legality of alcohol.

The one I've seen mentioned most is truck drivers, and that they absolutely cannot test positive for Cannabis use. But there's no testing for alcohol use. I drove a smaller delivery truck for a few years. And I can tell you from experience, the guys driving trucks could most certainly benefit from it, at the end of the day, your back hurts like hell and you really need something to help you sleep. By restricting their use of Cannabis, lawmakers are simply forcing these men and women to seek other means of relief, most of which are addictive, habit forming, and dangerous.
420 Contests
Everything You Need To Grow Cannabis
Forum How-To Guides For Beginners