Most Americans now want to legalize marijuana. This is apparently also true of a majority of professional football players.

ESPN reported Wednesday that nearly two-thirds of players in the NFL say the use of chemical painkillers would go down if they were allowed to use marijuana instead.

"In the survey, 61 percent of players said they believed fewer players would take pain-killing shots such as Toradol if marijuana were a legal option," ESPN reported.

"Toradol is the most common anti-inflammatory taken by NFL players, and 64 percent of the survey's respondents said they had taken an injection of it or another pain killer," ESPN noted. "Marijuana has less known side effects than Toradol, and 41 percent of players surveyed thought it would control pain more effectively."

Athletes from different sports have advocated for marijuana legalization for some time. In 2014, lawyer and author of the book "Marijuana is Safer," Steve Fox, wrote an op-ed in the Washington Post opposing suspensions over use of the drug and arguing that the NFL should let its players to smoke pot.

"Unlike alcohol, marijuana is illegal, at least federally," Fox wrote. "And those opposing it may think that if someone is dumb enough to use an illegal drug, in violation of his employer's policy, he deserves whatever punishment he gets."

"But consider a far more serious issue: chronic pain," Fox observed. "While some players might use marijuana simply to unwind - just as other players might have a beer or two - many of them also use it for the pain they are subjected to as warriors in a brutal game."

ESPN also noted that laws changing federally or nationally in each state "could put pressure on the NFL to adjust its policies." 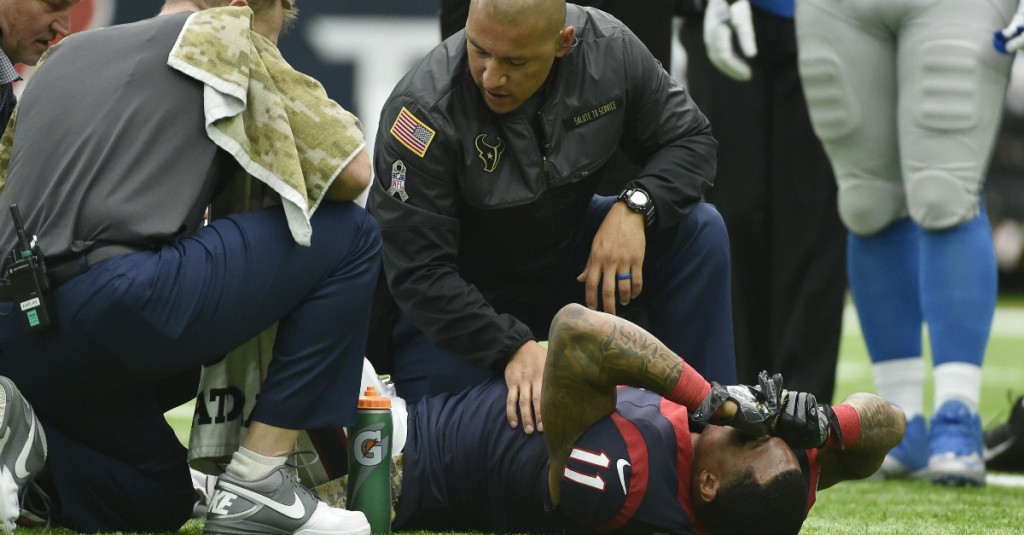