Malawi In Brave Move To Cultivate Hemp; Wonder Plant Promises To Be A Hot Commodity

THE Malawian government has taken a bold step in Africa and is testing the idea of industrial hemp production in the country. It's only the second country in Africa to ever do so.

Growing hemp has created contentious debate in Africa where many governments will not even consider its cultivation because of confusion over its link to marijuana. Even in the case of South Africa, more liberal and economically progressive than most African countries on such matters, it is illegal to freely cultivate hemp as it is classified under the Cannabis species. A permit is required before one can plant hemp.

Industrial hemp is currently grown in 36 countries worldwide including Australia, France and the UK. It that has been used for decades and was one of the most important crops in World War II for its strong fibres used for sails and military uniforms.

Today it can be used in the manufacturing of an astonishingly wide range of products.

These include foods and beverages, cosmetics and personal care products, and nutritional supplements, as well as fabrics and textiles, yarns and spun fibres, paper, construction and insulation materials, and other manufactured goods. Some estimate that the global market for hemp consists of more than 25,000 products.

Fans also call hemp a "wonder plant" because of its extensive properties that reduce inputs for it to be grown as a cash crop. Hemp has a deep rooting system which is key to preventing soil erosion, and has been shown to pull toxins from soil. Due to its vigorous growth, shading capacity and disease resistance, hemp can be grown without the use of herbicides, pesticides or fungicides - making it particularly useful in crop rotation since hemp stabilises and enriches the soil farmers grow crops on and provides them with weed-free fields without the cost of herbicides.

In 2013 the company Invegrow made a case that industrial hemp could offer huge potential as a successful cash crop for Malawi, and began campaigning. As a result, Invegrow became the first and only company in the country allowed to trial the crop. Trials began in November 2015 at the Malawi Government's premier Agricultural Research Station.

Invegrow is also helping amend the relevant Acts with the government to correctly define industrial hemp in law and aim to be growing the crop commercially by December 2016.

Another group lobbying for the cultivation of hemp in Malawi is the KEMET forum, a group of Africans who are "dedicated to transforming the continent away from the constraints, mentality and laws imposed by colonial administrations".

"There are many benefits from cultivating hemp", said Sangwani Msofi, the Chairman of KEMET, in an interview with Mail & Guardian Africa.

"A few we consider critical are the potential to: boost production and manufacturing in Malawi, to be a major export crop seeing that Malawi is an agro-based economy, improve the livelihoods of ordinary Malawians through farming and employment translating to a wider tax base for the government and as an alternative to the dwindling raw Tobacco exports the country heavily relies on".

The situation abroad indicates that the value of hemp is definitely hight.

The world-leading producer of hemp is France, which produces more than 70% of the world output while China ranks second with approximately a quarter of the world production.

Canada is also a world leader in hemp sales particularly for the seeds and oil. In the first four months of 2015 Canada exported $34 million worth of hemp seeds and oil.

But where this crop can additionally bring returns for Malawi - and Africa as a whole - isn't just the use and sale of hemp as a primary product but through the transition into manufactured goods because of its notable versatility.

Manitoba Harvest Hemp Foods (which sells manufactured hemp-based foods) in the US, for instance, was bought out for $133 million last year. The buyout came after Manitoba Harvest saw a 500% growth in sales over the past five years. Bear in mind that in the US the market for hemp-based products is estimated to be more than $580 million annually.

There is one more value of hemp that KEMET brought up - they see the cultivation of hemp as being symbolic too.

KEMET said it believes that for Africans to prosper "we first of need to decolonise our minds and be truly independent. For instance the law banning cultivation of all forms of cannabis from which Industrial hemp is a part of a colonial rule."

"The resistance we are facing today by government to repeal such laws is stemming from the colonised minds. So decolonising the minds is a step in the right direction for our governments and leaders to make laws which are not a hindrance to development...leaders should be independent and free to make informed decisions based on facts which we are presenting to them on hemp rather than just accepting that the colonials said it was bad hence its bad, but we should be able to determine that for ourselves."

"[We] believe if the economic potential of industrial hemp is demonstrated and the fears that nations have of hemp are arrayed it can be rolled out in Africa," they said. 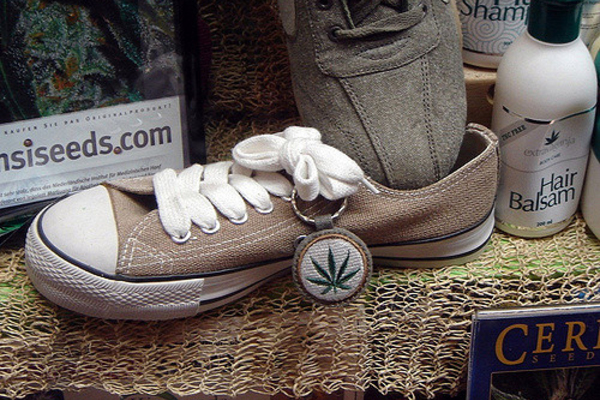