Marc Emery will be flown to Detroit Tuesday afternoon and enter Canada the same day according to Jodie Emery, who is making plans to receive her husband five years after he entered a U.S. prison. Emery is scheduled to be welcomed to Canada by his friends and supporters at the Windsor City Hall Plaza before flying to Toronto. He is scheduled to fly back to Vancouver Sunday, Aug. 17, where a party is being planned. The 56-year-old Vancouver resident has vowed political revenge against the Conservative government, who he blames for his incarceration, and says he plans to campaign against them in next year's general election. Emery was extradited to Seattle in May 2010, when he pleaded guilty to selling marijuana seeds from Canada to American customers before serving his time in several U.S. corrections' facilities. When he was first arrested almost a decade ago, the Drug Enforcement Agency heralded his seizure as a "significant blow" to the legalization movement.

On Monday, Washington state distributed for the first time licences to 24 shopkeepers who will hawk legal marijuana, while New York simultaneously became the 23rd U.S. state to authorize pot as medicinal treatment. Jodie credits her husband with spurring much of the shift in legal regulations and social consciousness while he was locked away. Emery started selling pot seeds in 1994 to raise money to support activist groups, lobbyists, court cases and ballot initiatives. In the years leading up to his arrest and extradition an entire "Free Marc Emery" movement replete with posters and T-shirts sprang up.

30-city tour planned
In an earlier interview, Jodie Emery said she would encourage a crowd to greet him in Windsor and then Toronto, before the pair visits Emery's siblings in London and Newmarket, Ont. She said they may also spend a weekend alone. n the works, she says, is a 30-city, cross-Canada advocacy tour, as well as speaking engagements and meetings with officials in Spain, Austria, Ireland and Uruguay. When the dust settles, Jodie Emery expects her husband to go back to work at the Cannabis Culture store on Vancouver's Downtown Eastside. She said his seed business is long-gone, while everyone else in the industry is leaps and bounds ahead. In his final blog post from prison, Marc Emery wrote that he expects to "marvel at all the changes in Vancouver," including hundreds of new buildings and 35 medical marijuana dispensaries that have opened. 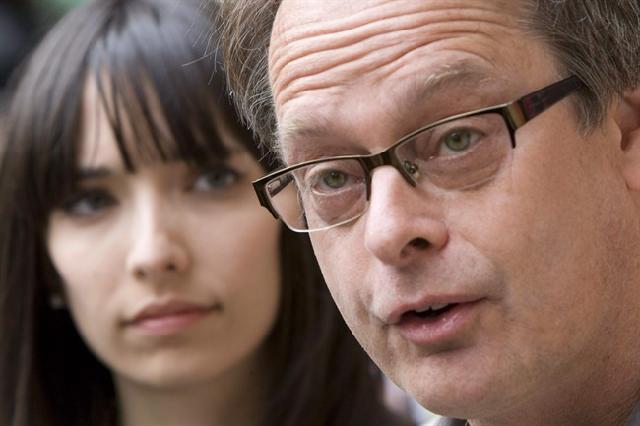 A true Alpha male, Mark, you are the man.
J

Agreed. When the book is written on how cannabis became legal and changed the world, Marc Emery will get his own chapter right next to many others.

He shouldn't have even been extradited. Shameful that Canadian authorities handed him over.

It's even worse that the US is still jailing people for Cannabis related crimes. What a primitive society we live in.
420 Contests
Everything You Need To Grow Cannabis
Forum How-To Guides For Beginners

Marc will finally be home in Canada where he belongs. So happy for Marc and Jodie.
I'll be at his 30 city tour when it comes to my city for sure!!
Stealthgrow.

From Seed to Smoke--Hydroponic Blue Dream--

Emery's Wife To Take Over Business