With Washington State's recent moves to allow owners of marijuana retailers to have ownership interests in up to five licensed retail stores and to allow owners of licensed producers to have an interest in up to three licenses, the acquisition market in Washington remains extremely active. Nevada and California are both experiencing significant movement in their acquisition markets as well – this always happens before and after a market inflection point. Big rule changes, new licenses being issued, and first business dates all spark the market for large scale business transactions. Increasingly in the cannabis market, we are seeing more deals structured as equity-only deals – deals involving no cash.

Two main components arise in structuring a merger or acquisition: the intended organizational structure at the end of the deal and the method of payment for owners of the selling business. The entities could merge, where the companies are combined and only one survives. The selling business could sell its assets, where it disposes of its tangible and intangible assets to the buyer and then cashes out its owners and dissolves. Or both business entities could remain intact, and the buyer takes over ownership of the selling company, making it the buyer's subsidiary. The payment side generally comprises some combination of assumption of the selling company's debt, cash, promissory notes payable to owners of the selling company, and stock (or membership interest in an LLC).

Stock deals make for an interesting calculation, and the value of the stock, and the stability of that value, depend on many factors. If a publicly traded company listed on the New York Stock Exchange or Nasdaq wants to acquire a company using its stock, selling shareholders receive value that is virtually as good as cash. They can keep the stock in the buying entity, or they can immediately sell it in the public market for its cash value. The situation differs for stocks sold over the counter and stocks in private companies. For over-the-counter stocks (penny stocks), price volatility jumps around so much that selling shareholders may or may not be getting the value they expected. And these companies bear the risk of regulators freezing their public sales, as penny stock markets are still rife with fraud. (See The Six Top Marijuana Scams to Avoid.) Selling shareholders may think they are getting something of value, but that value can tank quickly. (See Marijuana Stock Fraud and Outsider Negligence.)

For privately held acquiring companies, cash and stock differ starkly. The regulated nature of most marijuana business markets only enhances that difference. In a privately held company, whether it's a corporation or an LLC, the company operating agreement generally restricts or outright disallows selling shares to a third party without approval of company management. If shareholders of a selling company want short-term liquidity, the privately held company must allow for that. And though some companies have scheduled liquidity events for their owners through some variation of redemption of shares, most acquiring companies limit minority owners to getting profit distributions and hoping the buyer company either sells itself to another third party or eventually goes public. At the size of deals the cannabis business lawyers at my firm see most often, the "going public" possibility is more pie in the sky than reality.

And just because a company is doing well financially does not mean it will distribute profits or issue dividends to its owners. Managers of growing companies generally want to use that cash for business expansion, reinvestment, or as a potential source for future business acquisitions. When a company owner issues a dividend or distribution, that owner is essentially saying it can't think of anything better to do with the money. In Washington State, at least, cannabis business owners often horde cash for a rainy-day fund, as the regulations make it so challenging to get short-term capital in case of emergencies.

That said, for those looking at a long-term play, receiving stock in a cannabis acquisition may well be worth it. Marijuana licenses are valuable and smart owners with good brands can often squeeze more profit out of a license than its prior owners could. If the numbers add up, getting a small piece of a larger pie – a pie that you anticipate will continue growing at a good pace – can end up earning a lot more money in the long run than a simple cash deal. It's just a question of how much risk the sellers are willing to take. 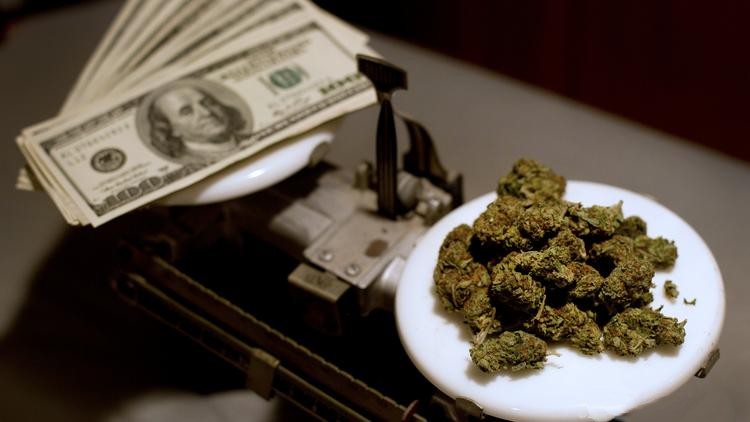 3 Things You Need To Know About Marijuana Stock Axim Biotechnologies