A Florida advocate of legalizing marijuana has entered the Mississippi push for legalization by offering to pay volunteers to collect petition signatures needed to get the measure on the 2016 general election ballot.

Rules posted on a website established to promote the Mississippi legalization initiative, mississippicannabiscollective.com, state that teams may collect signatures and the team collecting the most signatures will be paid at least $30,000. Signatures must be certified as those of registered voters by the local circuit clerk's office, and at least 100 certified signatures must be collected to be eligible for payment.

"I was desperate for this," Kelly Jacobs of DeSoto County, who initiated the legalization push known as Ballot Initiative 48, said of Bufford's involvement. "So many people are afraid to sign because they're suspicious, and this will provide a real incentive for those collecting signatures to work hard to gather them."

Four states and the District of Columbia have legalized recreational marijuana use, and an additional eight states allow medical marijuana. Jacobs and other supporters of the Mississippi initiative want to legalize it for adults, regulating it the same as alcohol and imposing a 7 percent sales tax. The proposal also would legalize growing industrial hemp, allowing farmers to grow it under the purview of state Department of Agriculture testing for THC levels. Industrial hemp would not be subject to sales tax.

Jacobs' group, Mississippi for Cannabis, filed a petition with the Secretary of State's office in September to get the issue on the 2016 general election ballot, and the office in December approved the measure for placement on the ballot as Initiative 48, subject to collecting the required 107,216 petition signatures, or at least 21,443 from each of the state's five congressional districts that existed before redistricting reduced the number of districts to the current four.

Since that time, volunteers have been collecting signatures, but Jacobs hopes the involvement by Bufford will jump-start the collection process.

Bufford has also been active as a volunteer in a similar effort to legalize recreational marijuana in Florida, and he is active other states' efforts as well. But Bufford said Wednesday that Mississippi is the only state where he is offering payment to collect signatures.

"We feel comfortable that we can get this done, and we hope to wrap up the effort by August," said Bufford, who founded Medical Marijuana in Tampa to teach classes about marijuana including the history and legal perspective.

The office of Secretary of State Delbert Hosemann, when contacted about the pay-for-signatures push, offered without interpretation language from the Mississippi Code that addresses the issue. The language cited states that it is "unlawful for a person to give or offer any consideration to an elector to induce the elector to sign or not sign a petition for a measure."

Bufford said his interpretation of the statute is that people cannot be compensated to sign the petition but that those collecting the signatures can be compensated for their efforts.

Another section of the statute, which seems to support Bufford's contention that petition collectors can be paid, says those being compensated cannot have their pay based on the number of signatures collected. Bufford said that provision, however, has previously been declared unconstitutional.

The higher pay rate of $2 per signature is being offered in areas of the Mississippi Delta, where Jacobs said people have been particularly reluctant to sign.

"There are many people who want to sign," Jacobs said, "but there's a fear that they will be arrested just for signing the petition. It's been a real challenge educating people on what this all means." 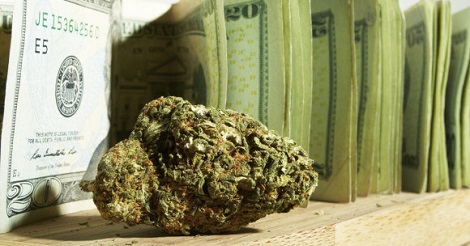