Marijuana Arrests On The Rise In Virginia

While the trend in much of the United States is moving toward decriminalization or legalization of marijuana, Virginia is heading in the opposite direction: With sharply rising arrest totals for the possession of pot and a disproportionate number of black people arrested in the Commonwealth, according to a new study based on state data reported to the FBI.

Although marijuana arrests dropped 6.5 percent nationwide between 2003 and 2014, possession arrests in Virginia increased by 76 percent during that period, according to research by the Drug Policy Alliance in New York. And arrests of black people in Virginia for marijuana increased by 106 percent from 2003 to 2013, accounting for 47 percent of the state's arrests even though Virginia's population is only 20 percent black.

The statistics were compiled by Jon Gettman, a public policy professor at Shenandoah University in Winchester, Va., and follow his national marijuana arrest analysis for the American Civil Liberties Union in 2013. That study showed that nationwide, black people were 3.7 times more likely to be arrested than whites for marijuana and that 88 percent of the country's marijuana arrests were for possession.

The disparity in the District – black people were eight times more likely to be arrested for simple possession than whites – helped drive the D.C. Council to decriminalize marijuana in 2013, followed by voters legalizing pot in 2014. Twenty states have now decriminalized marijuana by reducing or eliminating penalties for minor offenses, and four states and the District have legalized it.

At present, Virginia is heading the other way, Gettman's study shows: The ratio of black-to-white marijuana arrests was 2.4 to 1 in 2003, but in 2013, it was 3.3 to 1. In the three years from 2011 to 2013, annual possession arrests by Virginia law enforcement went up by about 2,000 a year, and black Virginians accounted for 82 percent of the increase.

Brian Moran, Virginia's secretary of public safety, said that he had not reviewed the specific data from the report but that "there is no argument that minorities are statistically overrepresented in many aspects of our justice system and that the causes are complex." Moran said the administration of Gov. Terry McAuliffe (D) "is dedicated to understanding and addressing these disparities in the adult and juvenile systems" by implementing such programs as evidence-based decision-making for police agencies in six communities; launching a "Classrooms not Courtrooms" initiative that addresses "disproportionate minority contact"; and partnering with the attorney general's office "to develop new training curricula that enhance effective community engagement."

Misdemeanor marijuana arrests "needlessly ensnare people in the criminal justice system," said Claire GastaÃ±aga, executive director of the American Civil Liberties Union of Virginia. "That limits their ability to get a job, financial aid, child custody. There's a mandatory six-month driver's license revocation, then they can't keep their job, can't pay child support. Then you have a bunch of people in jail because they're poor. That's the big picture."

The collateral impact of misdemeanor drug arrests was another factor in the District's move to decriminalize pot. Virginia state Sen. Adam P. Ebbin (D-Alexandria) filed a bill last year in the General Assembly to reduce the fine from a maximum of $500 to a civil penalty of no more than $100 and to eliminate the 30-day maximum jail time. It did not emerge from its committee this year.

Ebbin cited a statistic from the ACLU's report that estimated Virginia spent $67.2 million in 2010 to enforce marijuana laws. "That's $67 million that could be helping people," Ebbin said. "Our laws are antiquated. And it's doubly troubling when you see the disparity with regards to people of color. We don't give people of color an easy path to start with. Giving them a high bar in a way that looks like they are targeted is really awful."

Virginia law enforcement authorities, however, still see marijuana as a dangerous drug and are not inclined to reduce enforcement. Dana Schrad, executive director of the Virginia Association of Chiefs of Police, said state police officials are "closely watching the outcomes in Colorado and Washington state to monitor how their legal reforms have impacted the quality of life in those states. We're also very interested in the impact of the District's reforms on Northern Virginia."

She said that members of the Central Virginia Marijuana Task Force still consider marijuana a "gateway drug" to other narcotics and that they met recently with Moran "just to put our concerns about legalization efforts on his radar." Police are particularly concerned, Schrad said, about the impact of marijuana on the work environment, especially public safety workers and commercial truck drivers, since there is "no ability to field test how 'high' a person is on marijuana and how much that impairs the ability to drive."

Lindsey Lawson Battaglia, a former Fairfax criminal defense attorney with years of experience defending clients in marijuana cases, recently joined the Drug Policy Alliance. Gettman's data confirmed what she had seen in the Fairfax courthouse, she said: that massive marijuana arrests "are ineffective. We can tell from Gettman's study that marijuana use isn't going down" – Gettman cited surveys that found marijuana use rising in Virginia – "so we have a failed policy, and it's expensive."

Battaglia said the racial disparities in pot arrests are not unique to Virginia, "but if you care about justice and you care about fairness, this isn't acceptable." She noted that blacks made up 45 percent of Arlington County's pot arrests in 2013 , even though they make up only 9 percent of its population.

"Across the U.S., people of color are overrepresented at every stage of the criminal justice process," Battaglia said. "That is an implicit bias that we hope we as a country will deal with some day." 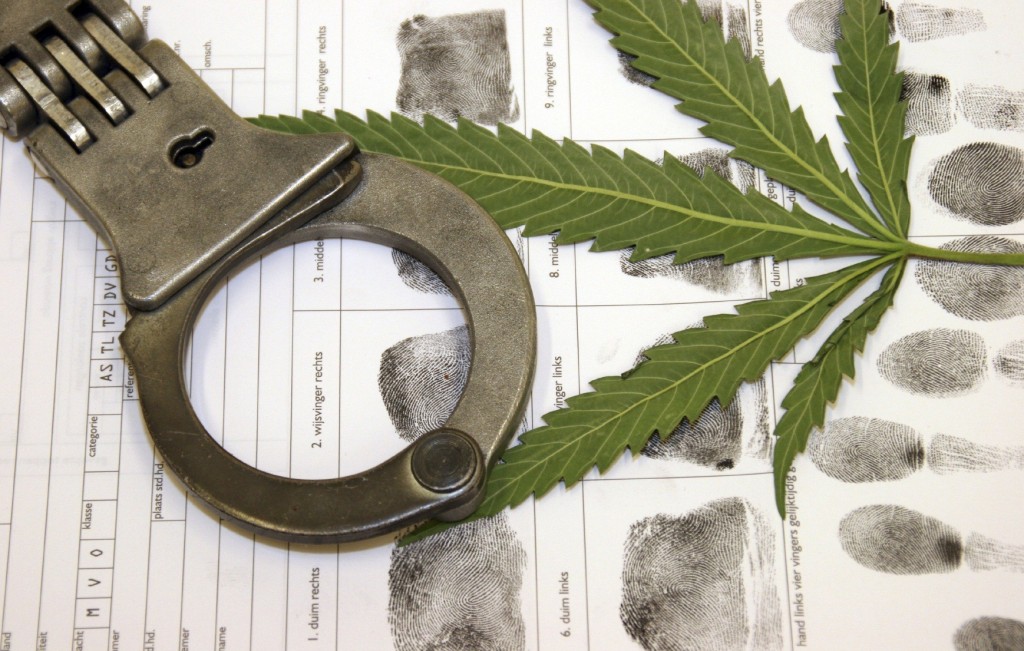 Virginia,is one of the worst States to get caught with Marijuana. There laws and law enforcement are both archaic. Cops use racial profiling constantly. This will be one of the last States to legalize Marijuana on the East Coast.

I've lived in VA a few times in my life and have to say it is horrible. I've had tons of friends and acquaintances get knocked for possession. Almost busted a few times there myself. So glad I live in CO now.
420 Magazine®
Creating Cannabis Awareness Since 1993

Well of course they hate MJ there DOH it will be competition for tobacco. Funny how they claim it has nothing to do with racism but your 8 times more like to be busted if your black, yet blacks don't smoke MJ 8 times more then whites. Gee go figure. It is the "Good Ole Boys Club" and you and I are not members of that club.
M

If you are from the north, you are nothing but a damned Yankee, anyway!
M

Statistically speaking, alcohol is far more dangerous than cannabis in just about every area that can be given a meaningful data point: death, injury, property destruction, financial cost to the economy, etc.

But alcohol gets a pass. Why? Partly because cannabis has real, substantive health benefits and, as a result, is competition to the pharmaceutical industry, which has many politicians in it's pocket giving lethal force to their profit motive.

Another reason alcohol gets a pass is because it is used by so many people, including but not limited to: politicians, CEOs (of large pharmaceutical companies), LEOs etc. Prohibition gave us a picture of how well it went denying alcohol to the masses.

Man where do I even start with not only Virginia but West Virginia also. Both racially profile, both have antique cannabis laws that need reformed, both states have around the same percentage of cannabis arrest and both are surrounded by or at least touching another state that has decriminalized/legalized cannabis. I wish these crooks ruining our freedom would wake the hell up and realize science doesn't lie and cannabis has more pros then cons. Both of these states have a very high percent of its people who are alcoholics. I know I live here!
L

West Virginia too buddy. Its damn near a felony for a simple possession of a doobie!