Marijuana Businesses Pay Taxes, But Many Don't Have Bank Accounts

It's now legal to use marijuana, medically or recreationally, in 28 U.S. states. But many cannabis businesses still can't access the banking system – and that has repercussions far beyond where dispensaries store their cash.

Marijuana remains illegal to buy, sell or possess under federal law. And because most banks are insured by the Federal Deposit Insurance Corporation (FDIC), they must comply with federal law. A 2014 regulation allowed banks to accept cannabis revenue, but the majority still refuse to do so – and if they learn that a client is depositing theserevenues in an existing account, they often close that account. Entrepreneurs seeking startup money need to turn to private backers.

But now, cities and states are taxing the industry, often collecting millions of dollars in revenue. As the Trump administration enters the White House – with strident anti-marijuana Sen. Jeff Sessions, R-Ala., nominated to be its Attorney General – the industry, and those who benefit from the money it generates, are waiting to find out if they're at risk.

"The conflict between federal and state rules creates a number of problems for the states that have legalized cannabis use, including difficulties collecting tax revenue, increased risk of serious crime, and the inability of a newly legal industry under state law to effectively engage in banking and commerce," wrote California state Treasurer John Chiang in a December letter to President-elect Donald Trump and California's members of Congress, urging them to clarify the administration's stance on marijuana enforcement.

Hillary Bricken, an attorney specializing in cannabis with Seattle firm Harris Bricken, said that under federal law, anyone who accepts payments from a cannabis business "technically... is money laundering." However, there's a significant gap between the letter of the law and how it's enforced.

"There have been letters from the (Department of Justice) and (Drug Enforcement Agency) to state attorney generals, local officials, saying, if you license this (business), you will be subject to prosecution. They've never done anything about it," Bricken said. "Taking this quote-unquote 'drug money,' does that conflict with federal law? Depending on who you ask, the answer could be yes or no."

Illegal enterprises are still required to pay taxes, according to the Tax Foundation, an independent policy research group. The IRS has accepted such tax payments since 1913.

In fact, in 1982, a section was added to the tax code focused on businesses selling drugs the federal government deems highly dangerous, Not only were they required to pay taxes, but they could not deduct business expenses. The Tax Foundation said the goal of the statute was to keep drug dealers from claiming deductions for guns and boats used in smuggling operations – but in practice, they believe it's acted as an additional tax on quasi-legitimate marijuana businesses.

Plenty of revenues that are somewhat related to marijuana are currently allowed, said Daniel Shortt, another Harris Bricken attorney. Banks that operate ATMs in dispensaries still collect surcharge fees, and people who collect salaries from marijuana businesses can usually deposit them in personal bank accounts without question.

Some of those payments come as checks, city officials said, implying that some of those businesses have bank accounts. Other businesses pay in cash. Fiona Ma, a CPA and member of California's Board of Equalization, which collects taxes, said sometimes "a car comes and deposits cash to the BOE."

Ma said California recently waived a 10 percent fee for cash tax payments, not wanting to penalize businesses that are trying to pay their taxes.

But those funds still end up in banks. California has accounts with eight commercial banks, including Wells Fargo, CitiBank and Bank of America, according to the state Treasurer's office.

Brian Shea, regulatory compliance senior manager at Boston accounting firm Wolf & Company, advises community financial institutions on complying with cannabis regulations. Shea said some banks choose to take on cannabis businesses as clients, but the cost of compliance is high and they risk losing money if those businesses get shut down. And "it's hard for banks to completely avoid (marijuana) in some fashion," Shea said.

Banks are required to report suspicious business activity to law enforcement, Shea said. But when it comes to cities and states collecting taxes on marijuana businesses, he thinks it's safe for banks to assume that police already know the localities are collecting those revenues – and if they wanted to pursue them, they could do so.

"What's the use of filing these (suspicious activity reports) on government entities when everybody will know the municipality will be collecting taxes?," Shea said. "It's the businesses (banks) are more focusing on and reporting on."

In the meantime, Shortt said, he'd be much more concerned about criminal risk – thefts from these all-cash businesses – than legal risk.

"The fact that marijuana is illegal under the Controlled Substances Act makes it possible to formulate these theories where almost anyone can face liability," Shortt said. "If things change under Trump, which they very well could, it seems likely that a lot of work will be done with a letter and a stamp and an envelope.

"Anyone in this industry faces some theoretical legal risk," Shortt added. "I don't mean theoretical in the sense that its not a crime, it is, but theoretical in the terms that it's just unlikely that these charges would ever develop and that a city would face legal repercussions for taking cannabis tax revenue." 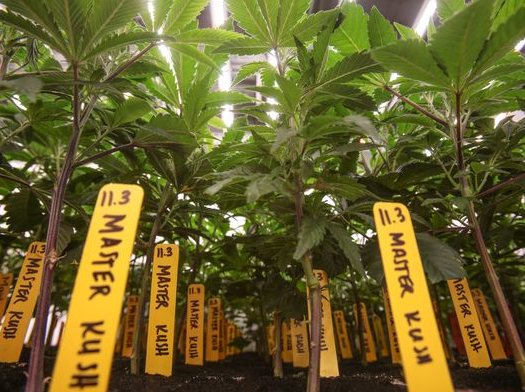