Marijuana Has Won The War On Drugs

At least when it comes to marijuana, the war on drugs is over.

Two states have passed marijuana legalization laws that fly in the face of national drug policy.

Polling on the issue shows a rejection of prohibition. The opinions of law enforcement commanders has begun to shift.

For some who want to cut the budget, the drug war is looking like a good place to start.

Now, for the first time, when a marijuana lobbyist calls a member of Congress, they get asked for money, not hung up on, Allen St. Pierre, the executive director of NORML told Business Insider. And, as St. Pierre was proud to point out, the man in the White House personally invented a new way to smoke marijuana in high school.

In February, Obama's "drug czar" Gil Kerlikowski, the director of the Office of National Drug Control Policy, admitted several failures on the part of the administration when it came to the War on Drugs.

"You can't arrest your way out of this problem," he said to Macleans, a Canadian magazine, "The administration has not done a particularly good job of, one, talking about marijuana as a public health issue, and number two, talking about what can be done and where we should be headed on our drug policy."

Kerlikowski is far from the first drug warrior to admit defeat.

Stephen Downing, a former Deputy Chief of the LAPD, was the director of the narcotics division when Richard Nixon declared the War on Drugs, and personally helped set up the DEA infrastructure.

"In those days our goal – and the goal today – is to reduce the flow of drugs into this country, to reduce its purity and to reduce drug addiction. Well, we have not done any of that," Downing told Business Insider in a phone interview. "Our government keeps lying to us about how successful they are."

The states seem to be leading the way toward legalization. Last November, both Washington and Colorado voted to legalize marijuana in direct opposition to current federal drug policies.

Since then, members of Congress have introduced legislation to legalize marijuana. Rhode Island's decriminalization of pot went into effect at the beginning of April, and six more states have legalization legislation pending.

Much of this is a direct response to extensive polling. Support for legalization is at an all time high. In the nation's largest state – and one potential bellwether for the future of marijuana in the U.S. – California voters support legalization 54 percent to 43 percent opposed.

What's more, more than half of Americans 30 to 64 support legalization and 65 percent of Americans 18 to 29 support it.

Stephen Downing, the former LAPD deputy chief, added one other key fact. The federal government alone has spent $1.3 trillion on the War on Drugs since its inception, which is $500 billion more than the current cost of the Iraq War.

In a climate where Congress is looking to cut as much money as possible from the federal budget, it's no surprise that a number of fiscally-oriented Republicans have backed marijuana legalization.

What this means is that a perfect storm is developing when it comes to a potential end for the War on Drugs. Americans like marijuana. States are interested in legalizing it. Law enforcement is upset with the failure of the current drug policy. The federal government is listening to the marijuana lobby. The past three U.S. presidents admitted to smoking marijuana.

The momentum has shifted, and legalization advocates think that the referendums in November were the tipping point. Observers believe that it's likely several states will legalize marijuana soon. At this rate, the war may end soon, and prohibition of marijuana could cease much faster than anyone expected. 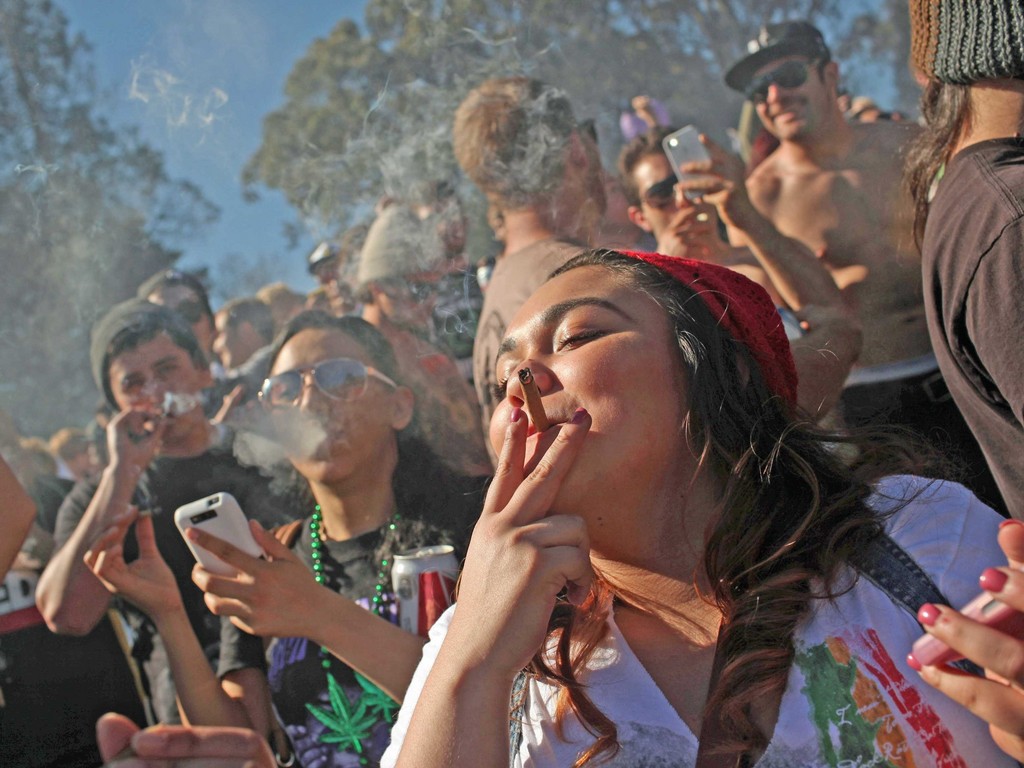 The States Are Revolting Against The War On Drugs