The marijuana industry is growing up.

The five-year-old National Cannabis Industry Association, the trade group for legal marijuana businesses, has hired a pair of Washington lobbying firms to push legislation to allow its members better access to banks, the group said.

The NCIA is now working with Heather Podesta + Partners, a Democratic firm, and Jochum Shore & Trossevin, which has deep relationships with Republican lawmakers. Those firms join the NCIA's in-house lobbyist, Michael Correia, who has been on staff since 2013.

"We've gone from simply seeking to have our industry's issues taken seriously to bipartisan legislation introduced in both chambers," said Aaron Smith, the NCIA's executive director.

Marijuana remains classified as a schedule 1 drug by the federal government, the strictest drug classification. Four states — Alaska, Colorado, Oregon and Washington — and Washington, D.C., have legalized cannabis for adult use while 19 others allow it for medical purposes.

Big Marijuana is aiming for better access to the financial system for its 1,000 members, most of whom are forced to deal in cash because many banks refuse to deal with them for fear of federal prosecution. Democrats representing Oregon and Colorado — both states with legal marijuana — have introduced legislation in the House and Senate to immunize banks from marijuana-related prosecution. 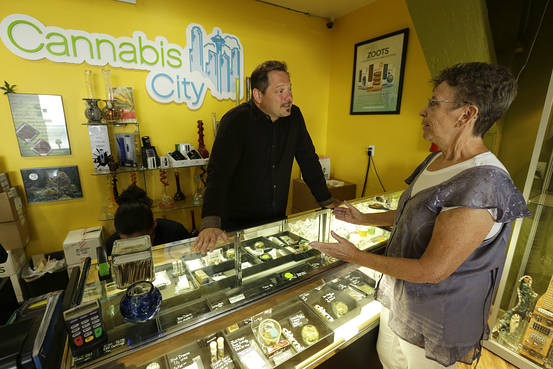