Marijuana Initiatives are Presented for Approval

Two measures which would regulate cannabis for adults in a manner similar to alcohol, allow medical use with the approval of a physician and create an agricultural hemp industry, were filed with the Missouri Secretary of State's office in Jefferson City on July 6, 2011.

"The state presently spends millions of tax dollars incarcerating citizens who use cannabis, depriving those imprisoned of the ability to earn a living, pay taxes and care for their families," said Fred Raines, professor emeritus of economics at Washington University. "Meanwhile, the law of supply and demand continues to support an unending criminal enterprise. The social and economic costs of prohibition continue to far outweigh any benefits. It's time we acknowledge that and move forward."

Similar initiatives are expected to be on the ballot in November of 2012 in at least five other states including California, Colorado, Massachusetts, Oregon and Washington. Proposition 19, an initiative to tax and regulate cannabis in California, received the support of 46% of votes cast there in November 2010. Recent polling in Missouri shows a majority of voters support medical use and 47% support broader regulated legalization.

Last month, a bill was filed in the US Congress by Republican Presidential candidate Ron Paul, M.D., and Democrat Barney Frank, which would repeal the federal criminal prohibition of cannabis, leaving regulation of the plant entirely in the hands of the states.

Show-Me Cannabis, an association of individuals and organizations including the Missouri Affiliate of the National Organization for the Reform of Marijuana laws; NORML chapters in St. Louis, Kansas City, Joplin and MSSU-Joplin and UM-Columbia;Students for Sensible Drug Policy at UM-Columbia and MSSU-Joplin and Sensible Missouri. This coalition filed the measures and hopes to promote a serious discussion of the merits of repealing the criminal prohibition of cannabis. 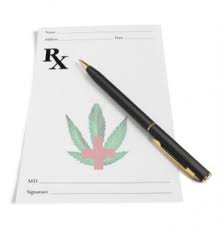 Marijuana Initiatives are Presented for Approval