Last night, the people of Oregon took to the ballot and utilized that rational instrument of reform, electing Ellen Rosenblum — champion of marijuana policy reform — to be the Democratic nominee for attorney general of the State of Oregon.

With no Republican challenger in the field, Ms. Rosenblum's victory means she will be Oregon's next AG.

Ellen Rosenblum defeated Dwight Holton in the Democratic primary, 63% — 37%, in what many characterized as not only a primary election for attorney general, but also a referendum on marijuana policy.

The candidates had similar stances on many issues, including environmental issues, consumer protection issues, and civil rights. Where they differed greatly, however, was on the issue of marijuana policy in the state of Oregon.

Contrast her reasonable approach with that of her challenger: Holton, in his capacity as the interim United States attorney for the District of Oregon, threatened state legal medical marijuana providers with federal criminal charges.

His hostilities toward reasonable marijuana policy seeped into the election when he called the medical marijuana program — enacted by the people in 1998 — a "train wreck" and attacked Ms. Rosenblum for putting marijuana law enforcement low on her priority list.

This is a not only a major victory for Oregonians, but for all individuals who yearn to see our state and federal governments finally listen to logic, science, and their constituents and reform our country's failed marijuana policies. Research comes out daily verifying the efficacy of medical marijuana on many aliments, yet President Obama's Justice Department continues to interfere with state medical marijuana programs. 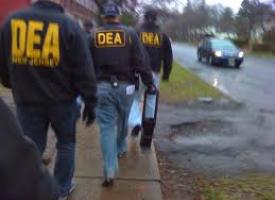 great news, we hear so much bad news, it's refreshing to hear of good over evil, and what holton does on his day job is evil. great to be liveing in oregon. sky high robert