Marijuana Legal In Florida? Bill Proposed In Florida Senate To Legalize MMJ Use

Florida could be the next state to legalize marijuana for medicinal use.

It's estimated seven out of 10 people polled would support a recent bill proposed in the State Senate.

Irvin Rosenfeld has been legally lighting up since 1983. He was part of a short-lived federal program that studied whether cannabis can be used to treat patients suffering from debilitating illnesses. He receives the drug from the federal government once a month.

Rosenfeld suffers from a rare disorder where tumors grow on his bones. He says he relied on a host of narcotics in his 20's, but says the cannabis saved his life.

"I've not had a new tumor since I was 21, or have had an existing one grow since I was 21 and the doctors don't know why. I do, it's the cannabis," says Rosenfeld.

It's for patients like Rosenfeld that State Senator Jeff Clemens (D-Lake Worth) introduced a bill to legalize the drug in Florida.

"There are people suffering and people using the medication to get through things like cancer, ALS and MS. Who are we to tell people they can't use this to feel better?" says Sen. Clemens.

Critics say medical marijuana is too dangerous to use and lacks approval by the Food and Drug Administration.

"I have reservations because people will fake illnesses to get the drug," says James Zoleo.

Rosenfeld counters saying it could improve the quality of life for many people.

"If I didn't have the medicine, I'd be homebound and on disability, be a drain on society," says Rosenfeld.

The bill would allow people with certain medical conditions use the drug for treatment. No word on whether this bill will be heard during the current legislative session. 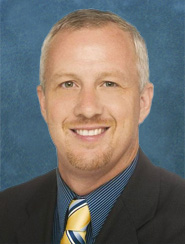