If Oregon voters agree to legalize cannabis, demand for suitable sites for marijuana-related businesses could increase pressure on Portland's scarce industrial space. In November, Oregonians will be able to vote on whether to legalize cannabis for recreational use for people over 21. Many believe the measure will pass. We're covering the issue in our weekly edition, which hits the streets tomorrow. As we looked into it, I spoke to Jay Renkens, director of urban planning for planning and design firm MIG, about where the marijuana industry is likely to set up shop in Portland.

Renkens frequently advises local governments about land use and zoning issues. He said it would make most sense for growing and distribution facilities to be located in one of Portland's existing industrial areas, such as Swan Island, Central Eastside or the light industrial area along Naito Parkway, north of downtown Portland. But the availability of industrial space within the city is already very low. Earlier this month, real estate firm JLL reported that the region's industrial vacancy rates have dropped to the lowest levels since the 1990s. City planners predict Portland will completely run out of industrial space by 2025.

"There's this issue of how much land there is but there's also the issue of where the land is located," said Renkens. "In places where marijuana is legal and the industry is still in its infancy they are beginning to see pressure on industrial land and the cost is rising because of the high demand for large amounts of space with good transportation access." More industrial space could potentially be created by cleaning up some of the city's 550 acres of brownfield sites. But in many cases, clean-up costs exceed the land value, resulting in a site that cannot be sold because it is underwater. City planners are discussing solutions such as offering financial incentives for the private sector to redevelop brownfield sites.

Renkens said that there are two potential approaches to zoning: spacing out marijuana-related businesses across the city or grouping them together in "green zones." Both ways have their advantages and disadvantages. For example, spreading the industry out across the city reduces the distance customers will have to travel. It also avoids creating undue impact on any one area and is therefore less likely to contribute to problems such as traffic or a shortage of parking. On the other hand, creating "green zones" may make sense if there are large volumes of products that need to be transferred from one business to another. In addition, most states that have legalized cannabis impose restrictions such as preventing marijuana-related businesses from setting up premises within half a mile of a school. It may be far more difficult for companies to find premises that meet such criteria if they are spread out across neighborhoods. 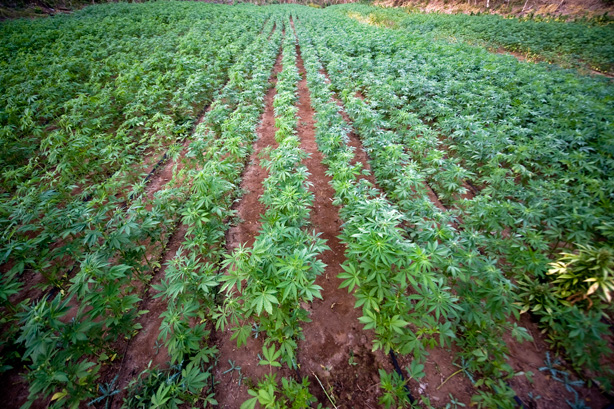 K
ME: Warehouse Owners In Several States Cash In On Marijuana Prospects