Marijuana Legalization Dollars Roll Into Massachusetts Ahead Of Ballot Question

The campaign pushing to legalize marijuana and establish a new pot retail system in Massachusetts has raised $2.4 million in 2016, with $2.1 million coming from one source, a D.C.-based cannabis reform advocacy group. The opposition campaign, which has the support of various politicians including Gov. Charlie Baker and Boston Mayor Marty Walsh, raised $363,000 since it launched in the spring.

The two sides are gearing up for a ballot question fight that will be decided on Election Day. They each filed campaign finance disclosures with the state Friday afternoon, offering the first insight of 2016 into their respective fundraising efforts.

The Yes on 4 campaign has spent most of the $2.4 million already, with the vast majority of the spending going toward booking television advertising, and has about $22,500 on-hand. The opposition group, the Campaign for a Safe and Healthy Massachusetts, still has about $320,000 in the bank.

Nearly 90 percent of the legalization campaign's money this year has come from New Approach PAC, an advocacy organization out of the nation's capital with very wealthy backers, which contributed $2.1 million, including $2 million since August 1.

Yes on 4 has said it hopes to raise $3 million before the November election. Including 2014 and 2015 fundraising, the group has now raised $2.7 million. The campaign admitted in August that fundraising was proving challenging, and it canceled a late August fundraiser with former Congressman Barney Frank due to lack of interest. But the $2 million in August donations from New Approach PAC appear to have helped smooth out those issues.

New Approach is tied to the family of Peter Lewis, the former CEO and chairman of Progressive Insurance who died in 2013. Lewis became a marijuana advocate in the late 1990s when he began using the drug for medical purposes after his leg was amputated. New Approach was behind the recreational legalization campaign in Oregon in 2014, according to Graham Boyd, the group's director, and it has donated to 2016 legalization campaigns in Maine and California.

Nick Bayer, campaign manager for the Campaign for a Safe and Healthy Massachusetts, criticized the out-of-state money behind the legalization push. One of the opposition camp's most common arguments against the ballot initiative is that legalization would most benefit profiteers in the budding marijuana industry.

"It is clear that the Question 4 campaign is being almost entirely bankrolled by out-of-state billionaires seeking to establish a commercial marijuana industry that will be focused on profits, not the well-being of Massachusetts families," he said in a statement.

Boyd said New Approach, while courting out-of-Massachusetts billionaires, is not closely tied to the industrialization of marijuana. He said Wilson's advocacy was social-justice oriented, under the belief that marijuana laws are unjust.

"Less than 5 percent of our support comes from anybody who's in any way connected to the industry," he said.

"Our opponents would smear the Jimmy Fund if it suited their scare-campaign tactics," he said in an email.

According to the Center for Responsive Politics, citing IRS filings, New Approach donors during the 2016 election cycle have included the Lewis family; Henry van Ameringen, of a New York-based mental health philanthropy foundation; Sean Parker, the creator of Napster and an early Facebook investor; and Cari Tuna, who runs a foundation she launched with her husband, Facebook co-founder Dustin Moskovitz. (Tuna and Moskovitz made recent political financing news when they committed $20 million to support Hillary Clinton for president, as well as other Democrats this November.)

Aside from New Approach, the legalization campaign's other backers do include some marijuana industry representatives, such as 4Front Ventures, a consultancy that works with marijuana companies, which gave $25,000 and has donated office space to the campaign. The National Organization for the Reform of Marijuana Laws donated $100,000. Marijuana Business Daily, an industry publication, gave $6,700. And Beacon Compassion Center, a medical marijuana outfit, contributed $1,000.

Among the pro-pot side's major individual donors is Jonathan Bush, the CEO of Watertown-based Athenahealth and the cousin of former President George W. Bush. He donated $10,000, according to the filings. Athenahealth did not respond to a request for comment Friday.

Smart Approaches to Marijuana, a national anti-legalization PAC, gave $25,000 to the local opposition. Another political action committee, Strong Economy Massachusetts, which backed Baker during his 2014 election, donated another $10,000. A couple of local companies also made big donations against legalization, with restaurant developer Cronin Group giving $25,000, and Markley Group - a telecommunications company - providing $100,000, according to the filing. As for recognizable individual names, retired Boston Bruins legend Bobby Orr is listed as having made a $1,000 donation.

"Our contributions represent a broad coalition of support from the Massachusetts health care, addiction, and business communities," Bayer said.

A separate opposition campaign, Safe Cannabis Massachusetts, led by a medical marijuana lobbyist, did not have a very active fundraising year. Its filings on Friday said the campaign has raised $300 in 2016 so far. 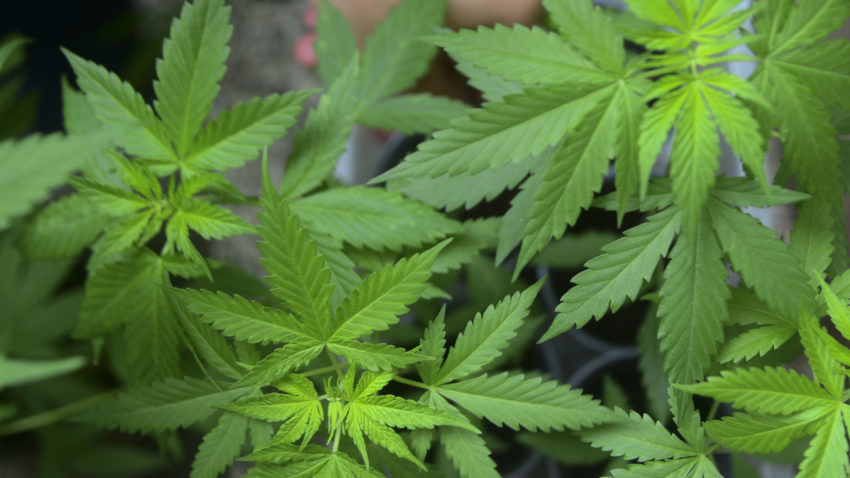 Jun 24, 2016
Katelyn Baker
K
K
Why Marijuana Legalization In Liberal Massachusetts Might Be A Tough Sell