The latest polls on marijuana legalization are in, and they contain a lot of good news.

In California, two polls show Proposition 64 passing, one of them with very strong support. A poll taken for the Los Angeles Times found that 58 percent of those surveyed favored passage of the proposition with only 34 percent opposed.

The poll, which was conducted September 1 to 8, surveyed 1,879 adults and has a margin of sampling error of plus or minus 3 percentage points.

The poll found the strongest support for the measure was among the young; 67 percent of voters aged 18 to 24 supported it. As usual, the lowest level of support was among Californians 65 years of age and older. However, even among this group the poll found 50 percent in favor of legalization. In past California polls, voters over the age 65 usually mustered no more than about 35 percent support for legalization.

The only group that was decisively against legalization in the poll was Republicans. Fifty-six percent of them opposed marijuana legalization.

A second California poll also showed Proposition 64 passing but with less support and more opposition. The poll, which was conducted by Survey USA for the Southern California News Group and KABC/Eyewitness News found 52 percent of those surveyed in favor of Prop 64 versus 40 percent opposed.

Both surveys found 8 percent of the voters were undecided on the issue.

The Los Angeles Times poll also found that 11 percent of Californians had used marijuana in the last 30 days, roughly in line with what national polls have been finding lately.

A new poll conducted for the Arizona Republic found that the state's legalization initiative was supported by 50 percent of the voters versus 40 percent against and 10 percent undecided. The results are particularly good news, because a poll taken last summer by a different polling company found the initiative losing by a 39.1 percent to 52.5 percent margin. The earlier poll was released on July 11. The new poll was taken between August 17 and August 31 and has a margin of sampling error of 3.4 percent.

The contradictory results could mean any number of things, including that one of the two polls is an outlier or that Arizona has a particularly volatile electorate when it comes to legalizing pot.

Still, since controversial ballot proposals tend to lose support as Election Day approaches, supporters of the initiative should be encouraged by the fact that the more recent poll suggests they're gaining ground instead of losing it.

In Massachusetts, support for legalization also seems to have turned around after losing ground over the summer in the face of a well-organized assault led by Governor Charlie Baker. A statewide poll taken for NPR station WBUR between Sept. 7 and Sept. 10 found voters favored the state's legalization initiative 50 percent to 45 percent.

As was the case in Arizona, the results represented a dramatic turnaround from a poll taken by a different polling company in July, which found legalization losing by a 41 to 51 percent margin.
Last April, before Baker led the charge against the initiative, support for legalization stood at 57 percent in favor. The latest results indicate that the pro-legalization side is at the very least holding its own in the fight.

All three legalization initiatives are roughly patterned after Colorado's Amendment 64, which passed in 2012 with 55 percent of the vote.

None of these measures are guaranteed passage, but taken together the latest polling results indicate that this year's campaign in the war to end the war on pot has opened well. 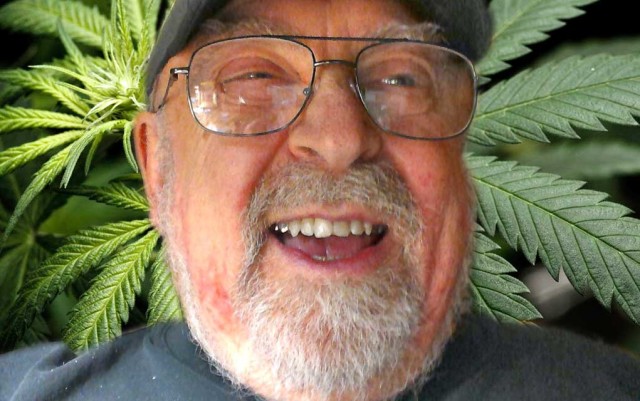 K
Which States Will Be Next To Legalize Recreational Marijuana?