Quebec's jail guard union is worried violence behind bars could increase with the upcoming legalization of marijuana.

Safety has become a concern for the union, called the Syndicat des agents de la paix en services correctional du QuÃ©bec, which has members in the province's 18 correctional facilities.

According to union president Mathieu Lavoie, any contraband leads to violence – and marijuana could join the list of items which includes tobacco, medications and cell phones.

He said that every day drones are delivering illegal packages to inmates.

"When we talk about banned substances, we could talk about tobacco which sells for three times the price as outside," said Lavoie.

A former inmate who spent 17 years behind bars, Daniel Benson, now works in social reintegration and agrees that contraband can lead to violence.

He's not sure if marijuana legalization will increase how much of the drug gets to inmates, but thinks guards should have more resources to diminish any conflicts which may arise.

"Violence in prison is often linked to debts, whether that's drugs or gambling," Benson said.

Senator Pierre-Hugues Boisvenu is a member of the legal committee for the legalization of pot.

He thinks smoking weed in prison could be used as a reward for good behavior.

"If we can just make smoking a privilege and ask people, 'You want to smoke? You have to make some effort in your rehabilitation process,'" Boisvenu said.

Either way, the union hopes to have more resources in place to handle the legalization of marijuana which is set for July 2018. 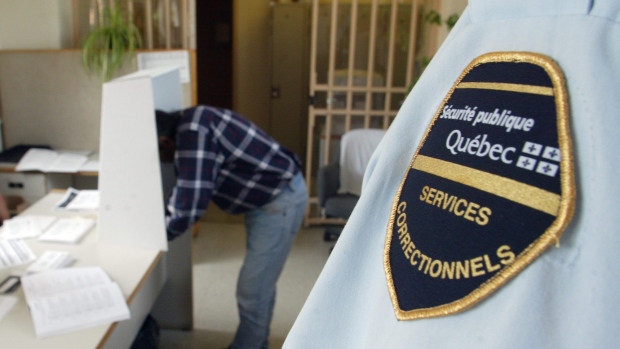 A couple of points:


Ron Strider said:
Quebec's jail guard union is worried violence behind bars could increase with the upcoming legalization of marijuana.
Click to expand...


They used to give patients at insane asylums things to keep them quiet and docile (and at least some of the medicating is still motivated by that). Why not distribute a high-indica hybrid with just enough sativa to keep the inmate population ambulatory, lol?


Ron Strider said:
According to union president Mathieu Lavoie, any contraband leads to violence – and marijuana could join the list of items which includes tobacco, medications and cell phones.
Click to expand...


Realistically, having read about a visitor that smuggled multiple items at once - including a pistol, FFS! - inside using her own body as the method... You are not adding to your danger, nor are you adding to your need to be vigilant when searching for contraband inside a prison.

And, unless I am mistaken <SCRATCHES HEAD>... Excuse me, CBC News staff, I've got a scratchy throat and am going to have to whisper for a minute. Please lean closer so you can hear me. Closer. Closer... That's it. Now, unless I am terribly mistaken...


Cannabis is ALREADY on the list of contraband items. Because it's a PRISON, FFS!


@sshole veg-head "news" people, anyway. This is not news. This is nothing more than anti-cannabis propaganda. It's just another opportunity to say, "Oh, no, cannabis is bad. Be scared, sheeple!"

Here's a thought: Whenever cannabis is legalized (for recreational OR medicinal use) in a region, evaluate every inmate who's in there because of "drug crimes" and release all the ones who would not have been locked up - or who would have been, but whose sentences would have been reduced enough that they'd already be out by now - under the new laws. Aside from, you know, the whole justice thing, it'd considerably reduce the inmate population and, by doing so, reduce the guards' workload and allow them to spend more of their time dealing with the problems.
Respectfully,
Tortured Soul

Entry of marijuana in jail foiled