Marijuana advocates are heading into the final weeks of the 2016 campaign with the wind at their backs as the latest polling shows legalization measures currently favored by voters in all five states where they're on the ballot.

This is something of a reversal from just a month ago, when the most recent polling had shown voters wary of legalization measures in Massachusetts and Arizona. But the margins of support aren't huge in any state, meaning that the contests could still swing either way.

Polling ballot issues is a tricky business, all the more so with marijuana-related issues, where responses can be heavily influenced by particular question wording. So in the same state, different polls with different question wording can yield radically different results even if fielded at similar times. Those caveats aside, here's what the latest numbers show.

In Arizona, a late-August Arizona Republic/Morrison/Cronkite News poll of 784 registered voters found that 50 percent supported marijuana legalization, 40 percent opposed it, and 10 percent remain undecided. That result is sharply at odds with a July poll of likely voters showing that only 39 percent said they favored the measure.

In California, a post-debate SurveyUSA poll of 751 likely voters found that Proposition 64, which would legalize, tax and regulate the sale of recreational marijuana, is supported by 52 percent of the electorate and opposed by 41 percent, with 6 percent undecided. This is a lower margin than some other recent polls there, which have pegged support at 60 percent or more.

Across the country in Massachusetts, the marijuana legalization measure there enjoys 53 percent support among likely voters, according to a recent WBZ-UMASS Amherst poll of 700 likely voters. Forty percent oppose it, while another 7 percent are unsure. That's also a turnaround from an earlier poll of 900 registered voters, which found only 41 percent supported the measure.

Up the coast in Maine, a late September poll of 505 likely voters found 53 percent support for the legalization measure, 38 percent opposed to it and 10 percent undecided. This number has been fairly stable since the spring.

A poll fielded last week of 500 likely voters in Nevada found the legalization measure there leading with 57 percent support, compared to 33 percent opposing it. That number is sharply at odds with a Review-Journal survey of 800 likely voters, fielded at the exact same time, which found the legalization measure leading by just 1 percentage point, well within the margin of error.

"These poll numbers are not surprising," said Paul Armentano, deputy director of the National Organization for the Reform of Marijuana Laws, in an email. "Most Americans agree that the responsible adult use of cannabis ought not to be criminalized. The battle now is finding consensus regarding the details of how best to regulate this market."

Marijuana opponents, for their part, are optimistic about their chances. "If anything, the polls should give the opposition some comfort," said Kevin Sabet of the anti-legalization group Smart Approaches to Marijuana. "If you are not at 60 percent at this stage in the game, it usually spells trouble for ballot initiatives."

Sabet says his group is planning for a busy final month of the campaign season: "We plan to do much more in the next 30 days." 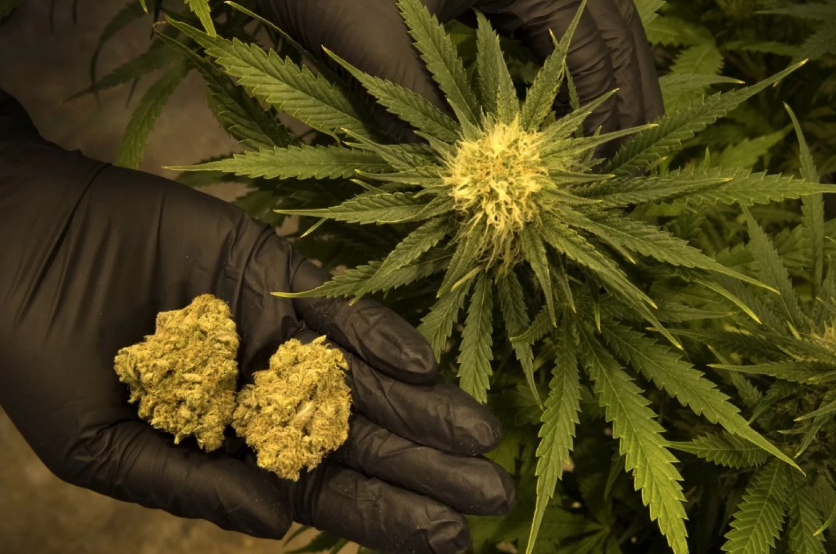 Re: Marijuana Legalization Is Leading In Every State Where It's On The Ballot This No

The problem is that many of the people surveyed are not registered to vote. I live in Ohio and last year the polls also spoke of a 60% in favor of MJ for recreational and medicinal. Well the vote came and the loss was huge. The younger voters stayed home and thought someone else could carry the load. I spoke with many and they just did not vote.
F

Re: Marijuana Legalization Is Leading In Every State Where It's On The Ballot This No

ive asked everyone i talked to about this and so far everyone of them said hell ya im voting yes! ( and that it was really the only reason they are going to the polls this time)

Sep 15, 2016
Katelyn Baker
K
K
Which States Will Be Next To Legalize Recreational Marijuana?