COLUMBIA, Mo. – Missouri marijuana advocates want to ask voters next year to legalize the drug and regulate its medical use.

A group called Show-Me Cannabis filed its initiative request with the Missouri Secretary of State on Wednesday.

If the state approves the ballot language for the proposed Missouri constitutional amendment, supporters would need to collect enough signatures from registered voters by next May to get the question on the November ballot.

The measure would decriminalize pot use, possession and small-scale cultivation by Missourians age 21 and older. It would also require the state to issue retail licenses to sell the drug and oversee a medical marijuana program. 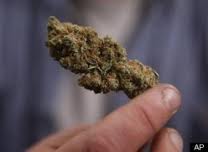