Nearly 20 co-ops operate under a city regulatory scheme that he oversees. And the chief publicly says they're mainly good businesses whose owners are trying to comply with the law.

And yet outlaws they remain.

A new U.S. Justice Department memo sent out last week was a stark reminder that, despite the industry's veneer of normality and even respectability – city licenses, full-color advertisements, Chamber of Commerce memberships — it remains very much at odds with federal law. A task force of drug agents could arrive tomorrow and put everyone involved in cuffs — and everyone involved might include not just collectives' managers and growers, but potentially even city officials.

Following up on a 2009 Justice Department memo that essentially said federal resources wouldn't be used to prosecute medical-marijuana users in compliance with state law, the new memo from Deputy Attorney General James M. Cole points to the explosion in open growing and sales of marijuana in the past two years. It adds that various cities have considered permitting "large-scale, privately operated industrial marijuana cultivation centers." Among those are notorious proposals that had city politicians' support in Oakland and the small Sacramento-area town of Isleton, but it could easily apply to Redding, whose zoning allows collectives to operate indoor nurseries in industrial districts.

The memo says growers or dealers of marijuana – medical or not – could face prosecution. So, it adds, could "those who knowingly facilitate such activities." Would that include the city's planners and police chief? As far as federal law is concerned, they're as good as in business with drug dealers.

It's hard to imagine DEA agents kicking down the doors of City Hall. Even so, it's a pointed reminder that even scrupulously trying to follow the law – as Hansen and other city officials have – can leave you leave you on the wrong side of the Controlled Substances Act. 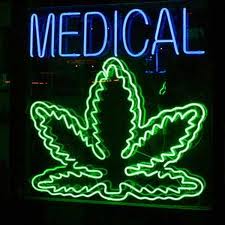 These medical marijauna laws were, in the cases that I know about, voted on and passed by the people of their respective state. They had to win a majority and they did. MMJ is what the PEOPLE want. Yes there may be some kinks here and there but asking a cancer ridden grandmother to tend to a state of the art hydroponic system is not the correct aproach. These people have chosen a medicine that works for them and has never killed anyone. We should find a ways to make sure that the sick have ways of obtaining their medicine because, if you scare away those honest people who are currently supplying the medication, the black market will be more than happy to take their place.

Even here in California it's a scary thought when you can be slammed in jail at any given time. Talk about stress at the job

it's enough to drive you to

when haven't cannabis users had to hide behind closed doors? At least not in my life time. It's fun to dream!!!
Believe nothing that you hear and only half of what you see.

Feds Say Medical Marijuana is as Illegal as Ever