Marijuana Now The Most Popular Drug In The World

According to a U.N. report on global drug use, cannabis was the world's most widely produced, trafficked, and consumed drug in the world in 2010.

Marijuana boasts somewhere between 119 million and 224 million users in the adult population of the world (18 or older). And there are no signs to indicate the popularity of marijuana will fall anytime soon. Cannabis is consumed in some fashion in all countries, the report says, and it is grown in most. Though the use of the drug is stabilizing in North America, and Oceania, smoking pot is on the rise in West and Central Africa, Southern Africa, South Asia and Central Asia.

In 2010, marijuana use was most prevalent in Australia and New Zealand. The U.S. and Canada came in second, followed by Spain, France, Italy, and the Czech Republic. Nigeria, Zambia, and Madagascar were tied for fourth place.

The U.N. report also noted shifts in cultural trends. Some interesting standouts: The European market is moving away from cannabis resin (hashish) and towards the herb, which is more popular in America; cannabis became Afghanistan's most lucrative cash crop in 2010, replacing heroin; and the marijuana seed market grew immensely from 2008 to 2010, with 100 to 200 brands available online when the report was written.

The U.N. also reported that cannabis is becoming more potent in developed countries. The popularization of hydroponic cultivation, a method that uses mineral nutrient solutions to grow plants in water without soil, means marijuana is a) more likely to be grown indoors and b) stronger than traditionally grown plants.

But beware of marijuana imitations. Or imitations of any drug, really. New chemically engineered substances are popping up all across the world (see bath salts), and weed is no exception to the trend. Synthetic cannabinoids that emulate the effects of weed but contain uncontrolled products have been detected since 2008 in herbal smoking blends. 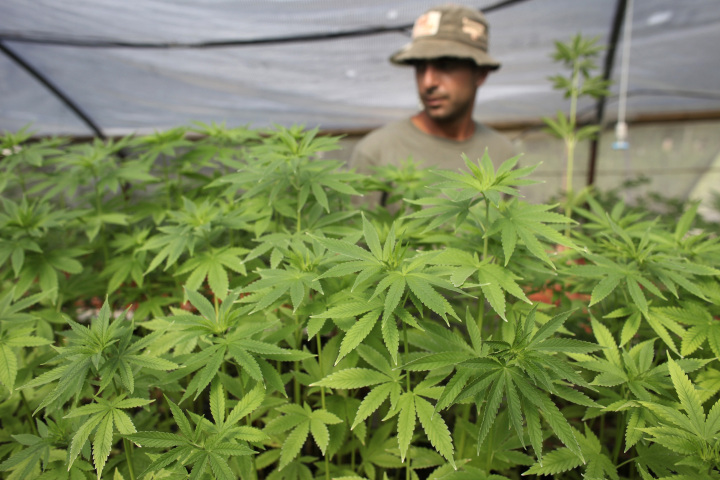 Here's How Many People In The World Consume Cannabis

Legalization Of Marijuana Will Make The World Safer