Marijuana On The Move: Medical MJ Is Coming Soon To Desert Hot Springs And Cathedral

Coachella Valley residents who use medical marijuana must currently travel to one of a small handful of dispensaries in Palm Springs–the only valley city which has allowed dispensaries to operate.

However, two other local cities will soon let dispensaries open their doors. Last year, both the Desert Hot Springs City Council and the city's voters OK'd dispensaries, while Cathedral City's City Council narrowly voted in favor of allowing them.

Desert Hot Springs will initially allow up to three permits to be issued for dispensaries, with the possibility of adding more after an evaluation. Currently, 19 applications have been submitted, but there is a list of three applications that have received the highest score.

Cathedral City will allow two permits to be issued; so far, the city has rejected four applications and approved one. City Manager Charlie McClendon explained the criteria the applicants must meet.

McClendon explained that one applicant has been approved so far, a company called Green Cross Pharma. He said most of the other applicants have been rejected due to location issues.

"There's a provision in the ordinance that a dispensary cannot be 200 feet from Highway 111/East Palm Canyon Road, and one was rejected because it was less than that distance from the road," he said.

Some people worry that dispensaries will attract crime to the areas where they're located, but according to studies by RAND Corporation and California NORML, dispensaries do not raise or lower crime rates. McClendon said these studies have been taken into consideration.

"It remains to be seen as to whether or not it makes a difference here," he said. "You can read competing evidence on that from other jurisdictions, but we have no direct experience with that ourselves."

As for revenue, McClendon said the tax on medical marijuana that voters in Cathedral City approved will generate some money for city coffers.

"That's a question that went to the voters, and they authorized a tax on the proceeds of the marijuana sales of up to 15 percent. It remains to be seen how much that actually generates, because we have no history yet. Based on the experience of Palm Springs, we believe there will be some revenue."

Nicholas Longo, a licensed grower who used to live in Desert Hot Springs and who provides marijuana to dispensaries, was elated when the cities took steps to allow new dispensaries to open.

"I started growing about five years ago," said Longo, who began using marijuana to help him with epilepsy. "At first, it was for the purpose of having the stuff on me at all times, but then it changed more into helping people than anything. I sell to the dispensaries–but what I do is make clones. I pretty much concentrate my focus on creating clones, so genetics is my thing. ... You need to make sure you have good genetics."

Longo grows about 25 plants per week that he can turn into sellable product for the dispensaries. "Every week, you put in about 25, and the ninth or 10th week, you're harvesting."

On Jan. 20, in Desert Hot Springs, Jason Elsasser opened up a center on Pierson Boulevard as part of his Medical Marijuana Resource Group, which based in Yucca Valley. It offers consultations and recommendations for medical marijuana cards. He said that patients don't necessarily have safe access to medical marijuana.

"In 2013, the California Supreme Court ruled that county municipalities can zone out dispensaries," Elsasser said. "In essence, a town can say, 'We don't want it!' They can impose codes and zoning restrictions that won't allow it. ... It's kind of like the stuff they do to strip clubs, massage parlors or tattoo parlors."

After the market collapsed and destroyed his real estate business, Elsasser went into the medical-marijuana industry.

"I'm the one who created the situation in Yucca Valley," he said. "In Yucca Valley, they voted in 2013 to shut down the only dispensary that was operating in town. It was left to operate kind of through a loophole. They had approved a legal dispensary back in 2008, and then some people opened a ballet studio next to it, and all of a sudden, there was a bunch of negative press about it. They pushed it to the far outskirts of town and implemented a moratorium on medical marijuana. The City Council (then) voted ... to shut down the only dispensary. I said, 'Enough is enough,' and since I had a real estate background, I started the Yucca Valley Medical Marijuana Resource Group. I wanted to use it as a springboard to educate the town. I hired an attorney to write an ordinance and to start a voter referendum."

Elsasser said that referendum should appear before Yucca Valley voters sometime in 2015. "We will win. I'm very confident because we have the support of the community, and we will win based on that."

Elsasser said he believes medical-marijuana dispensaries will have a positive effect on Desert Hot Springs.

"We want to help the community," he said. "These shops that are opening can do a lot of good for the community, and my business is just one of the businesses that are a product of these dispensaries opening. I just got my business license for my evaluation center, and we wouldn't be here if it wasn't for the three (coming) dispensaries. It's good for the economy; it's improving the area; and we're excited about being down here in Desert Hot Springs." 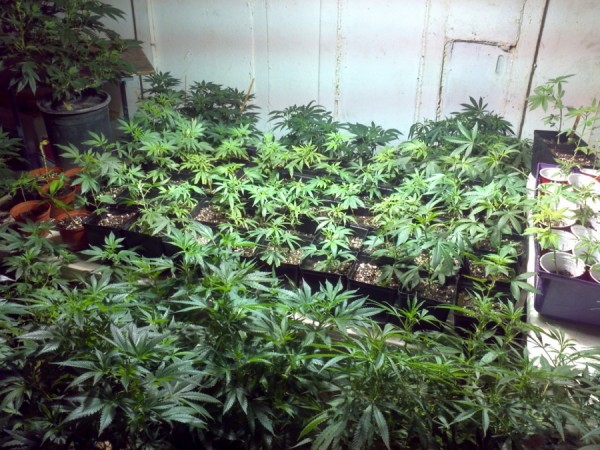 J
Marijuana On The Move: Medical MJ Is Coming Soon To Desert Hot Springs And Cathedral