Marijuana prohibition now costs state and federal government as much as $20 billion a year, an economist told The Huffington Post -- and legalization efforts are only just beginning to chip away at that.

That number comes from Jeffrey Miron, a senior lecturer at Harvard University who in 2010 studied the likely impacts of drug legalization, finding that about $8.7 billion would be saved on law enforcement and another $8.7 billion would be generated from taxes on marijuana. Accounting for inflation, that would add up to about $20 billion now, he said.

The number is modest in terms of the overall government budget -- but far too high a price to pay for a drug that does little to harm non-users, he argued.

As Miron acknowledges, his number is sort of a thought experiment, a suggestion of what would happen if marijuana was legalized on every level of government. Despite a recent Pew Research poll finding that 52 percent of Americans support marijuana legalization, politicians seem to only just now bewarming up to that proposition.

In Colorado and Washington, voters led the way in November referendums. But the rules and regulation around marijuana, which will be treated similarly to alcohol and tobacco under the states' laws, are only beginning to be hammered out.

During the runup to Washington's referendum, the state branch of the American Civil Liberties Union estimated that local governments spent $211 million on enforcing marijuana laws between 2000 and 2010.

"Just within a week after the vote, county prosecutors across the state started dismissing misdemeanor marijuana possession cases that were pending at the time, and there were over 220 cases that were dismissed," she said. "So that was a very tangible example of the criminal justice costs that we were already saving, even before the actual initiative went into effect."

Although the potential marijuana tax revenues were a major selling point for voters in Colorado and Washington, neither state has yet decided how it will tax the green stuff. The states' decisions are being complicated by the Obama administration, which has yet to announce how it will respond to legalization.

If the feds take a hard line, said Miron, expect state tax collections to be insignificant. "I think a lot of their industries are going to stay sort of in the shadows. There's going to be very little tax revenue collected," he said.

Whatever happens to state treasuries, the human costs of marijuana laws are clear: around 750,000 people were arrested for marijuana-related crimes in 2011. That's one arrest every 42 seconds. 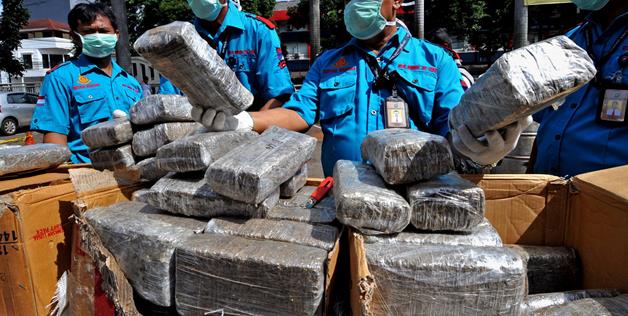 US - The High Cost of Marijuana Prohibition

The High Cost Of Marijuana Prohibition In U.s.