A University of Arizona researcher who claimed she was dismissed after she lobbied for her study of marijuana for veterans with post-traumatic stress disorder is fighting to get her job back. Sue Sisley has filed a formal appeal with the University of Arizona asking that she be reinstated as assistant professor with the Department of Psychiatry, assistant director of the Arizona Telemedicine Program and as a researcher. And a Change.org petition to bring back Sisley so far has collected more than 31,000 signatures.

Sisley blames political pressure that she believes came after she clashed with state lawmakers over her research. The University of Arizona has denied political pressure played a role but otherwise would not discuss Sisley's expiring contracts, saying it does not comment on personnel matters. "The main goal is to get me reinstated to conduct research that is so important to the veterans of this state," Sisley said. "I'd be back tomorrow to implement the study." Sisley's lawyer, Jason Flores-Williams, acknowledges the appeal to reinstate her UA employment for a non-tenured position likely has little chance of success.

Flores-Williams said university officials have stonewalled his attempts to get documents, e-mails or other written material that may shed light on why Sisley's contracts were not renewed. In the absence of such information, her written appeal inferred that outside political pressure was to blame for her dismissal. "The university can put an end to these inferences if it provides the reason for her dismissal," Flores-Williams said. The university allows non-tenured professors to appeal within 15 days of receiving notice of a decision to not renew a contract. A university dean or provost will decide whether to reinstate Sisley, who won't get a hearing or other external review.

Flores-Williams said if the appeal is unsuccessful, Sisley would likely pursue a case in federal court. UA spokesman George Humphrey said outside political influence wasn't a factor, adding the university has supported medical-marijuana research. "To my knowledge, the UA has not received political pressure to terminate any employee, or any research we do, or who does it," Humphrey said in a written statement. Humphrey said that UA supported legislation last year that allowed university researchers to conduct medical-marijuana research on campus. He added that the university contacted the non-profit organization that is sponsoring Sisley's research, the Multidisciplinary Association for Psychedelic Studies (MAPS) of Santa Cruz, Calif., to bring the clinical trials to fruition.

"The University of Arizona is committed to ensuring the medical-marijuana research gets done," Humphrey said. Sisley's study evaluating the benefits of medical marijuana as a treatment for veterans suffering from PTSD received approval earlier this year from the federal Public Health Service. Sisley then lobbied on behalf of state legislation that would allow the Arizona Department of Health Services to partially fund her study with fees collected from medical-marijuana patients and dispensary operators. The legislation sailed through the Arizona House of Representatives and was assigned to the Senate Education Committee, chaired by Sen. Kimberly Yee.

Yee refused to place the bill on her committee's agenda because of "significant concerns" voiced by members of the Arizona Prosecuting Attorneys' Advisory Council. That prompted medical-marijuana advocates and veterans to launch a short-lived attempt to recall Yee. Although the effort fizzled, Sisley said university administrators began to question whether she was involved. On April 4, UA's senior vice president for health sciences, Joe "Skip" Garcia, asked Sisley to account for her political activism related to marijuana research, Sisley said. Garcia cited a flier to recall Yee that included a University of Arizona logo, Sisley said.

Sisley said she told Garcia that while she has freely talked about barriers to medical-marijuana research, she was never involved in Yee's recall effort and had nothing to do with the UA logo that appeared on the recall flier. "I made it clear that I'm not a fan of her (Yee's) choices. I never suggested she should be recalled," Sisley said.

Garcia, who also serves as the UA College of Medicine's acting dean, could not be reached on Wednesday. Sisley's written appeal noted that she has received positive performance reviews and that her efforts have brought national recognition to the UA. "The decision to effectively terminate seemed to take place in an environment of outside political pressure, but these assumptions cannot be verified due to the university's aforementioned refusal to provide grounds, evidence or a hearing," Sisley's appeal said.

Sisley said her contract does not end until the last week of September. If she is not reinstated, she will look to land another academic research position and will take her $1 million study with her. She said she has had preliminary talks with Arizona State University and Northern Arizona University, and she also has communicated with out-of-state universities. "Everyone keeps asking me, 'Why would you return there,' " Sisley said. "I'm an Arizonan. I lived here for over 30 years. I refuse to turn my back on these veterans, many who have stood shoulder to shoulder with me."

If a professor is terminated from one Arizona university, that does not prevent another Arizona university from hiring that person. That's a decision of the hiring university. "There is no policy that would preclude ASU or NAU from hiring Sue Sisley," said Katie Paquet, vice president for public affairs and external relations for the Arizona Board of Regents, which oversees the state's universities. MAPS, the non-profit backing Sisley's research, also has asked UA administrators to reinstate Sisley. MAPS Executive Director Rick Doblin said in a letter to UA that Sisley has worked on the research project for more than four years, gaining key approvals from the Food and Drug Administration, Public Health Service and UA's Institutional Review Board, which provides oversight to medical studies. A Change.org petition by Iraq war veteran Ricardo Pereyda had collected more than 31,000 signatures as of Thursday evening. Pereyda, who did not return a call or an e-mail, said in the petition that he is "outraged that the university is putting politics before the care of our nation's veterans." 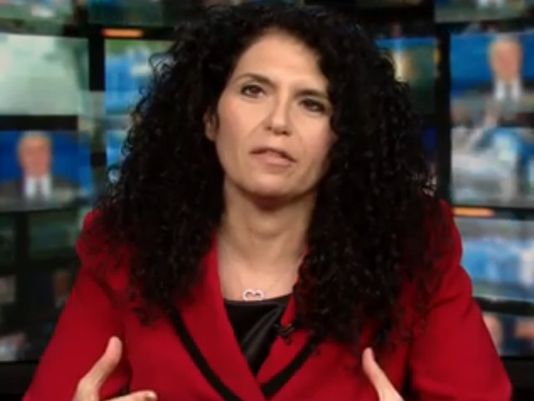 Kimberly Yee is history -- she just doesn't know it yet. And Dr. Sisley will win in the end. But while we wait for all this ridiculous political nonsense to work its way through the system, PTSD patients are suffering and dying.

AZ has no shortage of hypocrites and cretins. While plain assholery is common across the USA in AZ it's considered laudable.
Sugar punch in 1x used kit soil, basic LED.