As was hinted at last month, MagicalButter, the company behind The Samich food truck that only sells a weed-infused menu, will open a brick-and-mortar marijuana restaurant in Seattle. According to Fast Company, the restaurant is called MagicalButter Studio and it will open in just a few weeks. Garyn Angel, the CEO of MagicalButter notes that the menu will be comprised of "high-end everyday foods" similar to what The Samich serves. The food truck offers items like grilled cheese, tomato soup, and a BBQ pulled pork sandwich; everything is made with THC-laced butter, oil, or cheese.

The menu will also feature customized dishes by visiting chefs. Because weed is a pricey ingredient, customers should expect meals to cost about "$10 more than they normally would." Angel adds that the restaurant will let customers decide just how much weed they want in each dish; diners can customize the weed amounts down to the milligram. Since optimal weed consumption varies from person to person, the restaurant will also provide an "in-house patient advocate" to help figure out proper dosage. For those uninterested in THC and its psychoactive side effects, the restaurant will also offer items that feature CBD, a non-psychoactive ingredient in weed that offers just pain relief.

While Fast Company notes that MagicalButter Studios may be the "first-ever marijuana restaurant that's completely open to the public," restaurants and bakeries have been experimenting with weed and food for years. A restaurant in Colorado offers sushi-and-weed pairing menus, there have been underground dining clubs in cities like Los Angeles that serve weed-spiked fare, and there's even a "bud and breakfast" slated to open soon in Denver. 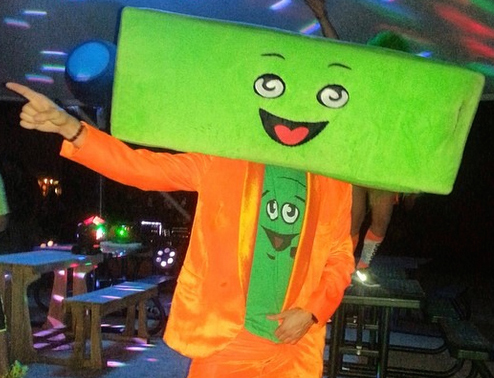 Jul 1, 2014
dingusmcgee
D
T
Meet The First Food Truck That Can Legally Get You Stoned

T
The Latest Food Truck Theme Is Marijuana For Lunch