New York (Reuters Health) - Tetrahydrocannabinol (THC), the active ingredient in marijuana, may have therapeutic potential in Alzheimer's disease, hints preliminary research from the University of South Florida (USF) in Tampa.

In a cellular model of the disease, the researchers found evidence that very low levels of THC can slow or halt AD progression by dampening the synthesis of amyloid beta, the major pathological marker of AD.

THC also selectively enhances mitochondrial function, which is necessary for healthy brain function, the researchers report in a paper online now in the Journal of Alzheimer's Disease.

There was no additive effect of combining caffeine with THC.

"THC is known to be a potent antioxidant with neuroprotective properties, but this is the first report that the compound directly affects Alzheimer's pathology by decreasing amyloid beta levels, inhibiting its aggregation, and enhancing mitochondrial function," lead author Dr. Chuanhai Cao, neuroscientist at the USF Byrd Alzheimer's Institute and College of Pharmacy, said in a statement.

"Decreased levels of amyloid beta means less aggregation, which may protect against the progression of Alzheimer's disease. Since THC is a natural and relatively safe amyloid inhibitor, THC or its analogs may help us develop an effective treatment in the future," Dr. Cao added.

The researchers note that the concentrations used in the study are considered to be "extremely low" (down to 0.25 nM of THC). "Although some studies with ultra-low doses of THC have indicated neurotoxic roles, newer research shows a neuroprotective role," they point out.

Therefore, they believe that THC has "therapeutic value, and that at low enough doses, the potential benefits strongly prevail over the risks associated with THC and memory impairment."

"While we are still far from a consensus, this study indicates that THC and THC-related compounds may be of therapeutic value in Alzheimer's disease," Neel Nabar, a study co-author and MD/PhD candidate, said in the statement.

"Are we advocating that people use illicit drugs to prevent the disease? No. It's important to keep in mind that just because a drug may be effective doesn't mean it can be safely used by anyone. However, these findings may lead to the development of related compounds that are safe, legal, and useful in the treatment of Alzheimer's disease," Nabar said.

The authors have no relevant disclosures. They did not respond to request for comment by press time. 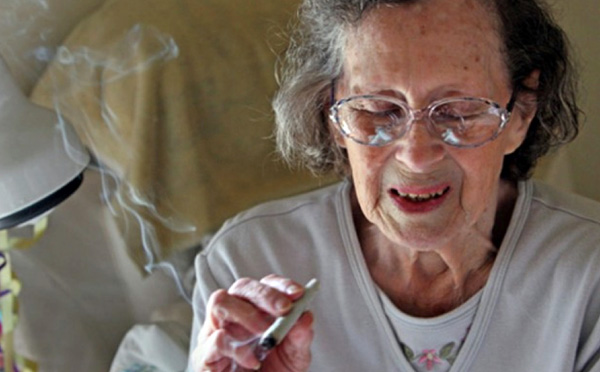