Marijuana Use During Pregnancy: Here's How Much It Has Risen

Just because it's legal (or becoming legal), doesn't mean that you should do it during pregnancy. This applies to eating raw shellfish and soft cheeses, rubbing used kitty litter on your face, and smoking pot. But a study just published in JAMA found that marijuana use among pregnant women in Kaiser Permanente Northern California has been rising substantially.

For the study, Kaiser Permanente researchers (Kelly C. Young-Wolff, PhD, MPH, Lue-Yen Tucker, Stacey Alexeeff, PhD, Mary Anne Armstrong, Amy Conway, MPH, Constance Weisner, DrPH, and Nancy Goler, MD) analyzed questionnaire answers and laboratory results from 279, 457 pregnant women over an 8 year period. They found that from 2009 to 2016, marijuana use rose from 4.2% to 7.1% for all pregnant women. The jump was significantly greater for those under 25 years old with the numbers going from 12.5% to 21.8% among those under age 18 and 9.8% to 19.0% among those 18 to 24 years old.

Smoking weed can seem like a tempting way to get past the aches, pains, morning sickness, and other challenges of pregnancy. Here's an NBC 2 News report on the increase of marijuana use for morning sickness, even though this is not an approved use of medical marijuana:

Moreover, many state and federal agency websites do not even include warnings against marijuana use during pregnancy, as demonstrated by a study conducted by University of Pittsburgh researchers (Marian Jarlenski , PhD, MPH, Jennifer Zank , MD, Jill Tarr & Judy C. Chang , MD, MPH) and published in the January 2017 issue of Substance Abuse. However, lack of warnings doesn't necessarily mean that something is safe. For example, many state and federal agency websites don't include warnings about hitting your head with a mallet or putting spoiled tuna casserole into your ear either.

However, more and more pregnant women may be using marijuana without checking real scientific studies or listening to formal medical advice. Some claim that marijuana is a "plant" and not a drug and therefore safe. But that's like emphasizing that hemlock, tobacco, and deadly nightshade (belladonna) are plants too. Plant does not equal safe. Marijuana is not arugula. It includes a psychoactive substance, tetrahydrocannabinol (THC), that can cross through the placenta from the mother to the fetus (if we can still use that word). Testing has also found THC in the breast milk of marijuana users. In October 2017, the American College of Obstetricians and Gynecologists (ACOG) issued the following recommendations based on a review of the available scientific evidence:

-Before pregnancy and in early pregnancy, all women should be asked about their use of tobacco, alcohol, and other drugs, including marijuana and other medications used for nonmedical reasons.

-Women reporting marijuana use should be counseled about concerns regarding potential adverse health consequences of continued use during pregnancy.

-There are insufficient data to evaluate the effects of marijuana use on infants during lactation and breastfeeding, and in the absence of such data, marijuana use is discouraged.

Some of this is better safe than sorry. In general, there is a dearth of good marijuana studies (i.e., good studies on marijuana use and not studies on good marijuana). Most existing marijuana and human pregnancy studies are just observational cohort studies. In such studies, researchers find a bunch of people who happened to have smoked marijuana while pregnant and compare their outcomes with those who did not smoke. Such studies can overlook many subtle and not-so-subtle differences between the two groups (e.g., some marijuana users may use other substances or have different lifestyles) and cannot prove or disprove cause-and-effect relationships. In other words, just because you know some people who used marijuana while pregnant and had normal pregnancies and children, does not mean that it is safe.

But there are studies that have raised major concerns. For example, the ACOG statement cites animal studies that show how substances in marijuana may interfere with normal brain development and function. An episode of The Doctors mention results from other studies:

Therefore, Michelle Sang, MD, FACOG, an obstetrician and Medical Director of Legacy Portland Obstetrics and Gynecology Clinic in Portland, Oregon, said that she tells her patients the following: "No level of marijuana use is deemed safe in pregnancy in spite of it being legal in some states, just like alcohol. THC can deposit in the fetal brain. In addition, it can significantly alter your focus, alertness, and judgment, which can impair the mother's ability to care for herself and her baby before and after birth."

For some pregnant women, this information seems to be getting lost amidst the misinformation about marijuana that's floating out there. While marijuana advocates have argued that pot may be as safe as or safer than alcohol, no respectable medical societies are suggesting that you drink alcohol while pregnant either. Sure the science of marijuana is still emerging, and many facts about pot are still in a haze. But, once again, legal does not necessarily mean safe, especially during pregnancy. 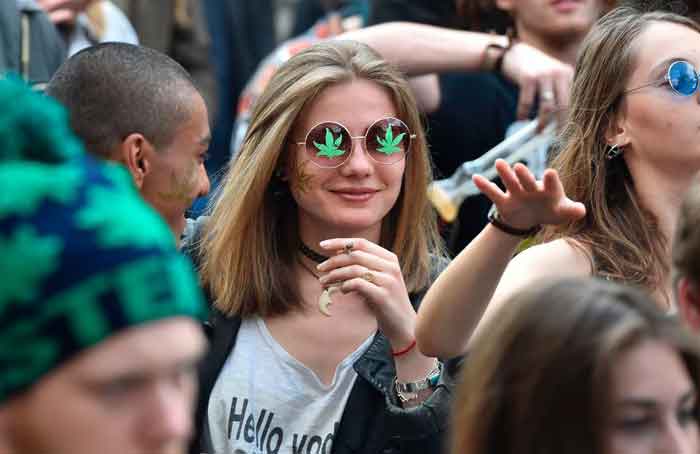 Then how do we explain this?

Marijuana Use May Thwart Pregnancy

Can Cannabis Help With Health Issues During Pregnancy