Massachusetts - The City Council voted Monday night to institute a pair of new zoning ordinances that will regulate medical marijuana facilities and electronic signs in the city. The medical marijuana zoning law will relegate any dispensary, growing center or treatment facility to an industrial area in the city's southwestern corner. "We tried to keep it away from schools, from any place where children, seniors congregate," said Urban Affairs Committee Chairman Joseph Delano. "And I think we were able to do that."

The zoning ordinance places a number of restrictions on centers, allowing them only in industrial zoning districts and only by special permit. It also would prohibit them within 5,000 feet of another medical marijuana treatment center or a narcotic detoxification center and within 1,000 feet of schools, recreational facilities, parks, elderly housing facilities and retirement communities.

Although there are two areas in the city that are zoned industrial — the southeast corner and a section along Maple Street — the other proximity restrictions effectively rule out any centers from being placed along Maple Street. The ordinance also allows the police to review prospective employees at the medical marijuana centers to ensure that employees don't have any criminal records, Delano said. Delano said that while Marlborough wanted to put additional safeguards in place, the state legislation allowing for medical marijuana is fairly conservative as written and allows cities and towns to put in protective measures as they see fit.

The council also voted to approve a zoning ordinance that places new restrictions on the use of electronic signs. The zoning law, aimed at signs that use light-emitting-diode — or LED — technology, will allow the signs only by special permit and dictates where they can be located, what they can display, how bright they can be and what colors they can be. The law prohibits signs that display pictures or moving images, or any displays that "grow, melt, X-ray, scroll, twinkle, snow, rotate, flash, blink, move, spin, wave, rumble or present pictorials or other animation." The ordinance also requires signs to be equipped with sensors to ensure they are not too bright after dark. 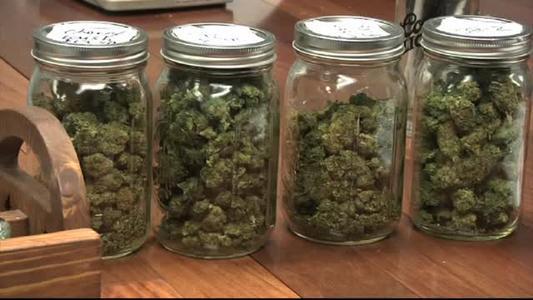