Maryland's medical marijuana commission said Tuesday it will issue preliminary licenses to 15 growers and 15 processors at a meeting next month.

The award approvals have been delayed significantly because of an overwhelming response from applicants. The Natalie M. LaPrade Medical Cannabis Commission received a total of 146 grower applications, 124 processor applications and 811 dispensary license applications.

The commission can award up to 15 grower licenses and an unlimited number of processor licenses. State law allows for up to two dispensaries per senatorial district. Once approved, awardees have one year to complete all the necessary steps to obtain a formal license.

Commission Chairman Dr. Paul Davies said he has preliminarily set the next meeting for Aug. 5, but the date is fluid.

"It could be within 1-2 to weeks after that date," Davies said.

At its meeting Tuesday, the commission approved revisions and updates to the Code of Maryland Regulations and the process the commission will use to decide which applications will get approval.

The Towson University Regional Economic Studies Institute (RESI) has been processing all of the applications and applying a score to each one. By the end of this week commission members will data containing all of the scores as well as redacted copies of each application that removes any identifying information about the applicants.

Individual members will be able to the review the information, but the commission will also form a subcommittee to comb through the RESI scores. The subcommittee will then recommend to the full commission which applications should receive approval.

Although only 15 processors will get approved at the August meeting, Davies said the commission will determine a list of the top 60 applications for a processing license. He said the other 45 applications could get approved three or four weeks after the meeting.

Davies said the commission will not issue any dispensary licenses the next month, but it will begin discussing the process it will use to choose the awardees. He said he hopes to have medical marijuana in the hands of patients by January 2017.

At the beginning of Tuesday's meeting, Executive Director Patrick Jameson, who started in position on April 25, identified several problems within the commission that led to the application and licensing process taking "too long, too cumbersome and the evaluations are too expensive."

The commission, Jameson said, could have better anticipated the volume of applications it received.

To fix some of the problems, Jameson said he has implemented a five-year organizational, staffing and financial plan. He also has developed a statewide enforcement and regulatory plan.

Once the commission has completed its licensing process, Jameson said he will review it and determine cost-effective strategies for the future. 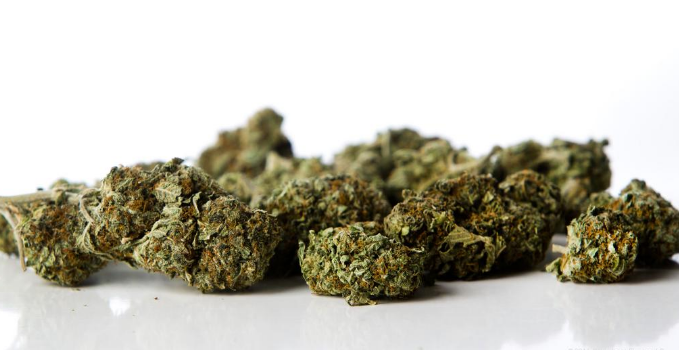