Democratic lawmakers announced a push Monday to legalize and tax marijuana for recreational use in Maryland.

They announced a pair of bills to make lighting up a legal act. Some of the same lawmakers are also trying to put the issue on a ballot for voters to decide.

The pro-marijuana lawmakers said their preference is for the General Assembly to legalize it without going to voters.

The bills' sponsors said Maryland can rely on information gleaned from other states where marijuana is already legal.

"Colorado and Washington are bringing in hundreds of millions of dollars of revenue, without any increase in crime," Madaleno said.

Under the plan proposed for Maryland, marijuana cultivators would pay $30 per ounce in excise taxes. Sales of marijuana would be subject to a 9 percent sales tax – the same rate as alcohol.

Boosters say the taxes would bring in hundreds of millions of dollars in needed revenue that would be divided among schools that serve poor students, addiction treatment programs, job training programs and programs to combat driving under the influence.

It still would be illegal to smoke in public – doing so would continue to carry a civil fine of up to $500. It would also be illegal to drive while under the influence of marijuana.

Efforts to fully legalize the recreational use of marijuana have failed the last several years in Annapolis. But proponents say they are picking up momentum and expect to enlist the help of about 40 co-sponsors.

Moon said the time is right for legalizing marijuana. He noted that polls show about 60 percent of Marylanders favor legalization, a gain of about 10 percentage points in just a few years.

"The shift that we're seeing is about as fast as" same-sex marriage, he said.

Moon is also among a group of lawmakers attempting to put the issue of marijuana legalization on the ballot in 2018 for voters to decide.

Putting the issue on the ballot would need a three-fifths majority vote in both houses of the General Assembly. The legalization and taxation bills would need a simple majority.

The proposals are backed by the Legislative Black Caucus and have also attracted support of lawmakers who are not members of the caucus.

None of the companies been awarded preliminary medical cannabis licenses have begun operation. 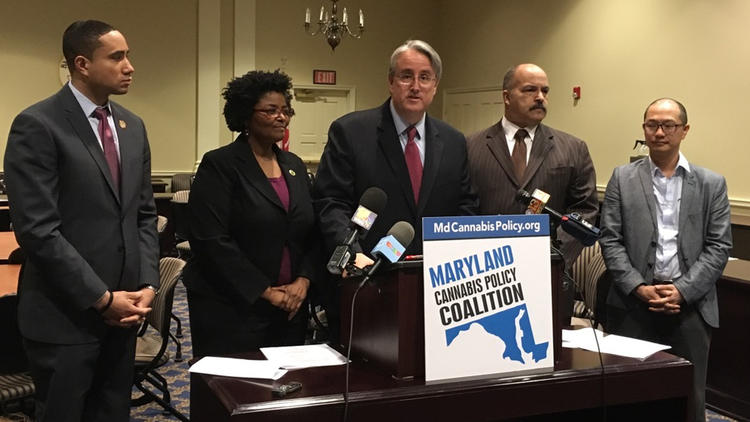 Nov 19, 2013
Greenrecluse2
G
T
Not This Year, But Soon, Maryland Will Legalize Marijuana