A bill that would decriminalize marijuana in Maryland advanced in the Senate on Wednesday, March 12. The bill would make possession of less than 10 grams of marijuana a civil offense instead of a criminal offense. According to the bill, which is being primarily sponsored by Sen. Robert A. "Bobby" Zirkin, D-11-Baltimore County, a person convicted of a first or second violation of possession of less than 10 grams of marijuana would get a fine of no more than $100.

"All this bill does is something positive, i.e. not have individuals having criminal records — tens of thousand of Marylanders — and a colossal waste of resources, especially for our police officers, who have to process folks and sit in the district court for cases that never get prosecuted," Zirkin said. "We're treating this as a health problem and a treatment problem and not a criminal problem." In addition to the fine, a person convicted of a third or subsequent offense could be sent by a judge to a drug treatment and education program approved by the Maryland Department of Health and Mental Hygiene.

The bill also forces juveniles caught possessing less than 10 grams of marijuana to go to court and then be sent to a drug treatment and education program, similar to a third offense for an adult. The money collected from the fines would go to DHMH to fund drug treatment and education programs. Zirkin said the fines would essentially be "found money" because fines are "very rarely" given in marijuana possession cases.

But, he said, studies show the opposite of what Maryland sheriffs say. "In all of the states that have turned from criminal to civil, and they range from New York to Mississippi to North Carolina to Ohio, there has been no increase in marijuana usage among any age group," Zirkin said. "There's been no increase in drug use of any kind — cocaine, heroin or any of the like. There's been no increase in drugged driving." Zirkin said that he would argue that the bill is better for public safety and will cause marijuana usage to go down because resources are being reallocated to drug treatment and education programs. He said all the states that have decriminalized marijuana have lower usage rates than Maryland.

A final Senate vote on the bill is expected as early as Thursday, March 13. If passed, it moves to the House of Delegates, where a similar bill was killed in committee in 2013. Other bills that would legalize, tax and regulate marijuana similar to Colorado and Washington also have been submitted this session, but they are currently stalled in committee and have yet to make it back to either the House or Senate floor. However, Zirkin said legalizing marijuana and medical marijuana are entirely different debates. 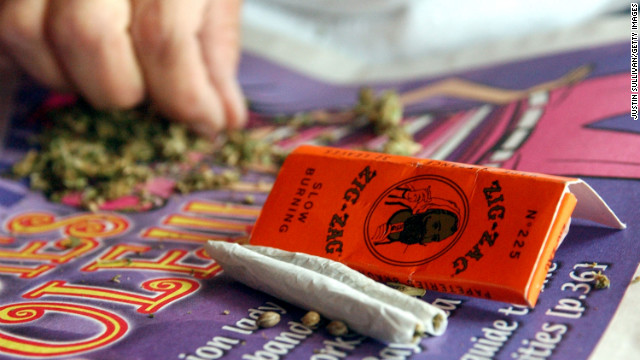