Maryland marijuana activists are making another push for legalization this legislative session, even as the state struggles to launch its medical marijuana program four years after it became law.

This year pot advocates have taken a different tack than in previous sessions: Instead of offering a single, comprehensive bill, they have filed two pieces of legislation – one to address the criminal justice aspects of legalization and the other to deal with taxing and regulating the drug.

"This way brings the bills before more legislators and gets them comfortable with both bills," said Kaitlyn Boecker of the Drug Policy Alliance, one of several groups that testified last week in support of legalization at a state Senate hearing.

The bills were introduced by Sens. Brian Feldman and Richard Madaleno Jr., both Montgomery Democrats.
Dividing the legislation into two bills allows different committees to delve more deeply into technicalities of setting up a regulated marijuana market, advocates say. It also allows more lawmakers to review the legislation and residents to ask more questions about it.

Ms. Boecker said testimony from residents at Thursday's hearing took on a "little more nuanced policy perspective," which she interpreted as a sign that Marylanders have moved beyond the question of legalizing marijuana and now are focused on the best way to do it.

Yet pot advocates view their work this year in Maryland's General Assembly as laying the groundwork for future efforts to legalize marijuana. The state's medical marijuana program is expected to begin operating later this year, with more than two dozen companies approved to grow and dispense the drug to Maryland patients.
In addition, cannabis remains a controlled substance under federal law, and the Trump administration has said it is considering enforcing federal laws against marijuana possession and usage.

Mr. Feldman's bill would make possession and home cultivation of limited amounts of cannabis legal for adults at least 21 years old. It would still be illegal to use cannabis in public or drive under its influence. Delegate Curt Anderson, Baltimore Democrat, introduced companion legislation in the House.

Maryland would join eight other states and the District in legalizing recreational marijuana if the legislation is approved, and would stand to gain millions in revenue from taxes and fees.

Mr. Madaleno's bill would set up a regulatory framework for taxing marijuana by levying an excise tax of $30 per ounce on cannabis cultivators and a 9 percent sales tax on cannabis buyers. That's the same rate as the tax on alcohol.

The Madaleno bill could garner the state nearly $50 million in revenue, after an initial cost of about $2 million to set up the system. Delegate Mary Washington, Baltimore Democrat, sponsored a companion bill in the House.

Colorado, which has about 500,000 fewer residents than Maryland, generated about $135 million in tax revenue for the state, according to a January Marijuana Policy Project report.

Not everyone is on board. Groups such as the automobile owners club AAA Mid-Atlantic say more time is needed to study the effects and consequences of legalization.

"A growing body of evidence suggests driving under the influence of drugs is becoming an increasing threat to motorists on the road," AAA Mid-Atlantic spokesman John Townsend said. "As more and more states move to legalize marijuana for recreational and therapeutic use, the safety community is grappling with the threat of marijuana-impaired driving."

According to the 2013-2014 National Roadside Survey from the NHTSA, drug use among nighttime weekend drivers has increased nationwide by 25 percent since 2007, when the last survey was conducted. The drug with the largest spike in usage was marijuana, with an increase of 48 percent. 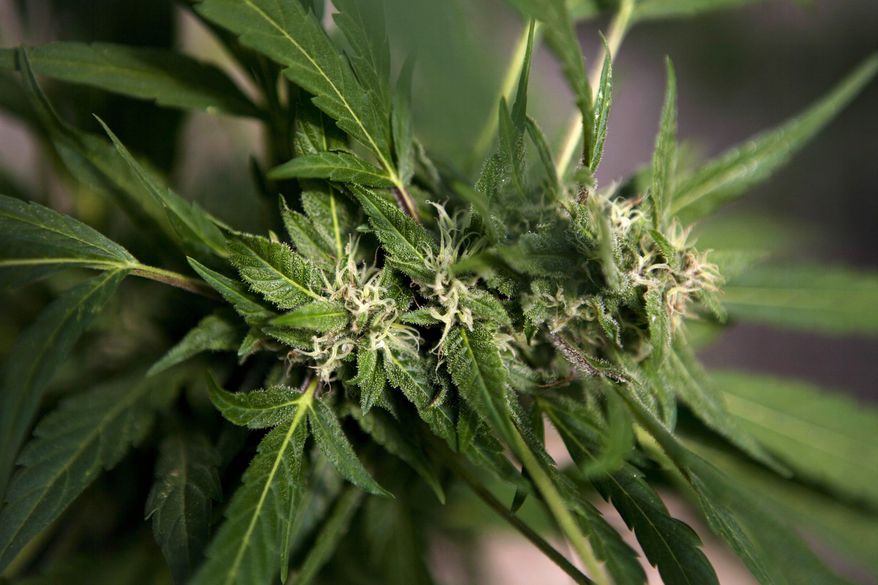