Massachusetts health officials cracked down this week on a booming cottage industry of self-described caregivers who have been selling marijuana to meet the demand created by the state's 18-month-old medical marijuana law. The state sent letters to more than 1,300 patients, plus 17 caregivers, warning them that state regulations prohibit any caregiver from selling marijuana to more than one patient, according to David Kibbe, a spokesman for the state Department of Public Health. The caregivers, many of whom advertise on the Internet, are the only legal avenue for people to buy marijuana until storefront dispensaries start to open – probably November at the earliest – and the regulators' action angered people who rely on the drug to relieve symptoms.

"I have been put in a terrible situation," said David Tamarin, a 41-year-old North Andover lawyer who has been certified by a doctor to take medical marijuana for chronic back pain and anxiety. Tamarin said he was outraged by the letter advising him that he had to find another caregiver, one who was not serving any other patients. "The legalization of medical marijuana should make it easier, not more difficult, for a patient to get his medicine," he said. Tamarin's caregiver, William Downing, a longtime activist for legalizing marijuana, owns Reading-based Yankee Care Givers, which he estimated delivers cannabis products to 1,000 patients. He said he received a letter warning him to "cease and desist" operating as a caregiver to more than one patient.

Many of Downing's patients also received letters from Karen van Unen , executive director of the health department's medical marijuana program, saying, "Until dispensaries become operational, you may choose a new personal caregiver, or determine that you no longer require the services of a personal caregiver at this time." The letters said that the caregivers, not the patients, were violating the law. The rules allow patients with doctor-provided certificates to grow marijuana or have a caregiver cultivate it or obtain it for them – up to 10 ounces for a 60-day supply. Caregivers are limited to supplying one patient at a time, but caregivers, patients, and even some police officials say the rules are unclear and open to interpretation.

Scott Murphy, a 31-year-old Iraq veteran who uses marijuana to ease the pain of his degenerative arthritis, wrote a letter to state health officials after learning of the crackdown, saying he believed they were misinterpreting the medical marijuana law. "They so easily say you can just find another caregiver or not use one at all," said Murphy, president of Veterans for Safe Access and Compassionate Care, a group that advocates for veterans' health issues. "It does not seem like a patient-centered approach. It is not that easy to grow your own, and that takes three or four months. This is not fair." Downing said during a telephone interview that he will immediately stop selling marijuana, but he is asking patients to join a lawsuit that he is contemplating against the state that will challenge its claim that he is breaking the law. "The one-patient-per-caregiver regulation is illegal. . . . It's causing great harm," said Downing, adding that qualifying patients currently have limited access to medical marijuana because the state has failed to license any dispensaries since voters approved marijuana for medicinal use in November 2012.

The licensing process is behind schedule. Dispensaries were expected to open this summer, but the state didn't award provisional certificates to companies until Friday, and it will take months for them to get set up, undergo inspections, and grow their first crops. "DPH is more concerned with their regulations than they are with the well-being of the citizens of Massachusetts," Downing said. He said the department is aware of his business because since last year, he has been submitting a form signed by each of his patients designating him as their caregiver. He said the one-patient limit per caregiver does not apply to him because state regulations say personal care attendants are exempt from that rule and his business is defined as a personal services company. Regulators identified the caregivers and patients from letters they sent to the health department to register with the state, Kibbe said. The letters are voluntary now, but notification will be required when the health department sets up a planned online system for tracking certified marijuana patients and their suppliers. 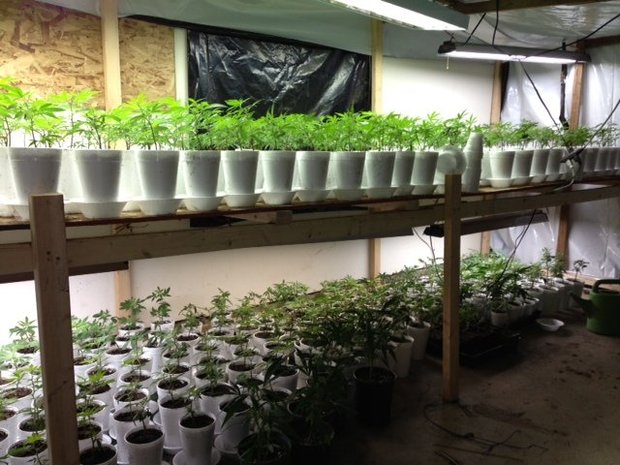 The state wants more money! No matter about the wellness for patients. Knowledgeable caregivers are one of the most important individuals for helping others. Patients rely on their knowledge of strains, to help them medicate properly. They know the growers who provide quality meds, they know the good dispensary owners (or will know) who have the meds tested. This is what makes the wheel's turn properly going forward. One caregiver per patient? Ridiculous, impracticable and will insure new caregivers coming in that are not well versed to weaken the wheel and go backwards.

Taxachussetts, as known by its residents. How does one go about becoming a caregiver in MA? Anyone know?

May 11, 2014
The General
T
T
Massachusetts Cracking Down On Medical Marijuana Caregivers