Following the announcement two weeks ago that Grow West had been awarded a stage one medical cannabis grower's license, officials with the company held a meet and greet event Saturday afternoon at the Mountain State Brewing Co. on Sang Run Road in McHenry.

Several members of the large Valois family of Frederick County attended the event. With three generations taking part, the Valois family selected the Keyser's Ridge Business Park as the location for the operation.

The Valois family has been conducting business in Maryland for more than 40 years. Taking part in the medical cannabis venture are patriarch and grandfather William Valois and his son and daughter Susan and William Valois and their five children: James, Andrew, William, Alison and Caroline.

"The real meaning of the name is not just to grow in Western Maryland but to 'grow Western Maryland,'" said Susan Valois. "We are dedicated to that. When we thought of business we certainly didn't want to do it in a place we wouldn't want to live ourselves. We will be very transparent and will be here active in the community."

The Valois family was awarded a stage one grower's approval by the Maryland Medical Cannabis Commission on Aug. 15.

"I was pretty excited to say the least," said James Valois. "I just heard it but I needed to see an email and then I got it. I let myself give a little shout. It has a been an long time and a lot of hard work."

James said the double-blind system used to select the candidates was a good idea.

"I'm very pleased with the process," said James. "I think it was nice they went with Towson (University's Regional Economic Studies Institute) for the grading and scoring of everyone's application. It worked to everyone's favor. It was a nice democratic method. The system ... I would think it would help ease peoples concerns in that regard."

Leif Olsen of Colorado is a consultant for the Valois family and Grow West. Active in the medical cannabis industry since it began in Colorado in 2008, Olsen attended the event on Saturday.

"We (Grow West) started 15 months ago on this project," said Olsen. "It's been a long road and we are really excited that we are here now. We think this is a win for this area, Garrett County. This is opportunity to help people. That is at the forefront of what we are focused on. From the git-go we said where can we really make an impact and we picked Garrett County that could use some jobs and use some infusion of resources and money."

Olsen said the Valois family has a background in growing.

"This is a family that has worked the dirt and been involved in horticulture and in landscaping," said Olsen. "We think it is a good transition into cannabis. This is a Maryland family, not a large multi-state operation."

Olsen said Grow West will employ people in the area. However, Maryland forced applicants to separate the three aspects of the business into separate businesses. The cannabis commission issued growing, processing and (in the near future) dispensary licenses.

Olsen said that Grow West was only approved for growing. He hopes Maryland will eventually allow the company to process as well.

"We want to temper expectations and be realistic," said Olsen. "It is really a scaling process and I think that number will depend on whether we get the other (processing) license as well.

The facility at Keysers Ridge is 40,000 square feet. Olsen said the company will employ between 30 and 40 at first.

"When it is all said and done, I think it will employ over 100 people, but that could take a couple of years to scale that up," said Olsen.

Although Grow West officials have not established a partnership with Hetzel, they said having a processor "one county over," could present opportunities.

Grow West will undergo further scrutiny of their background and will have to pass an inspection of their facility before opening. The company hopes to get a final stage two approval in about six months and then begin growing with medicine expected to be available by fall of 2017. 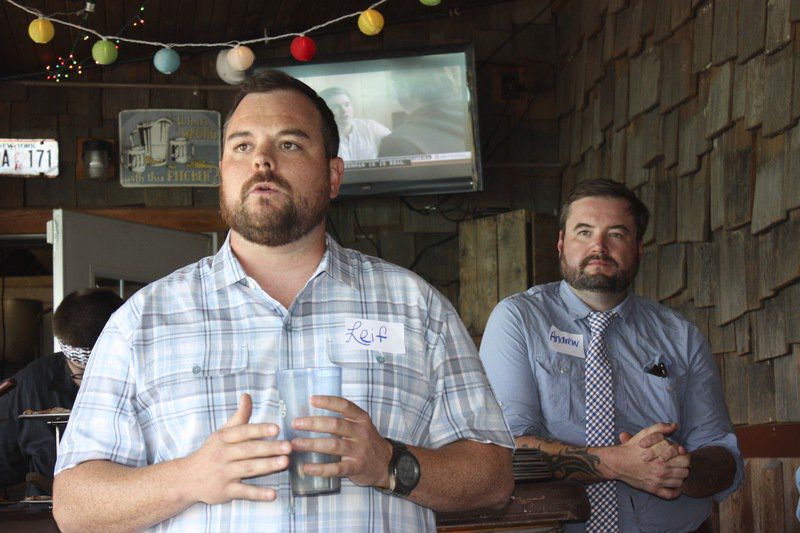