A medical marijuana dispensary is coming to a long-dormant space on Fairmont Avenue in downtown Bethesda.

Rich Greenberg, of Greenhill Capital, which owns the building, said Budding Rose LLC signed the lease for the roughly 1,900-square-foot space about six months ago. He said work is ongoing to fit out the interior to meet the dispensary's needs, and he wasn't sure when the shop would be ready to open.

The location has been vacant for years, since the Dansez! Dansez! dance studio left, Greenberg said. The building was closed after foundation work next door at Bainbridge Bethesda caused a dispute over its structural integrity. After the disagreement was settled, Greenhill rehabbed the building and several others that it owns along the block, Greenberg said.

He referred all other questions about the dispensary to representatives of Budding Rose. A company representative could not immediately be reached on Friday morning.

The state has not yet issued Budding Rose a final license to sell medical marijuana, but the company has been preapproved as a dispensary, according to the Maryland Medical Cannabis Commission website.

The company's license application, submitted in 2015, lists Jonathan Genderson of Potomac as the chief executive officer.

The application also states that the individuals behind Budding Rose represent five different companies licensed to sell medical marijuana in Arizona and Washington, D.C. Genderson is the managing member and CEO of one of these companies, Holistic Remedies, which is D.C.'s first licensed medical cannabis cultivation center, the application stated. 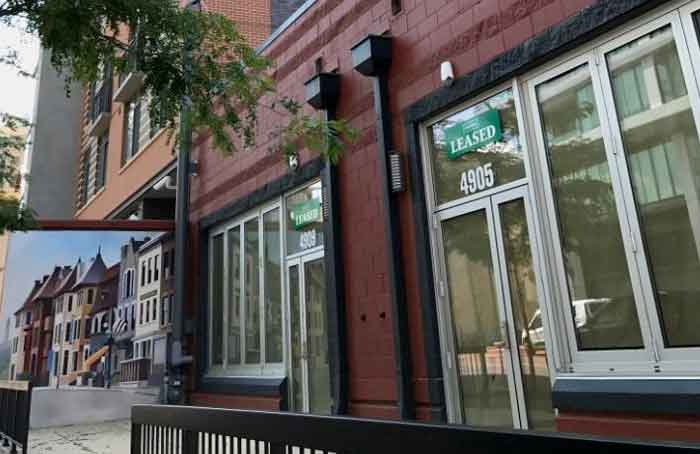