The estimated timeline for awarding cultivation licenses to hopeful producers in Maryland's new medical-marijuana market remains on schedule for this summer, according to a partner with an applicant trying to start an operation in Washington County.

Sterling Crockett, a partner and general manager of GTI-Maryland, gave a presentation to a roomful of county business officials Wednesday morning during a monthly Eggs and Issues breakfast hosted in Hagerstown by the Hagerstown-Washington County Chamber of Commerce.

Crockett reiterated that the sheer number of applications for producer, processor and dispensary licenses in the state, along with the resignation of the Maryland Medical Cannabis Commission's executive director about a month later, have slowed the process.

"We're very encouraged by that," Crockett said afterward. "It's hard to believe that we've been working on this for a little over a year, and we're close. Hopefully, we're 60, 90 days away of knowing if our work is going to pay off or not."

With plans to build a cultivation and processing facility in the Hopewell Valley Industrial Park west of Hagerstown, GTI-Maryland is one of several applicants that have publicly disclosed proposed operations in the county.

Others include Harvest of Maryland, which also is planning a cultivation and processing center in Hancock, and Peake ReLeaf LLC, a producer that has proposed a site in Hagerstown.

A large number of firms also have submitted applications for dispensary licenses.

The state will award 15 licenses for cultivation, plus unlimited processor licenses and two dispensary licenses per each of Maryland's 47 senatorial districts, for a total of 94 statewide.

"The chamber wants to have a dialogue about important issues in the community," chamber President Paul Frey said.

Much of the program revolved around questions from attendees related to various aspects of workforce development, human resources, state and federal regulations, and how businesses might be able to independently regulate the use of medical-marijuana products in the workplace, which also include pills, creams and oils in addition to the traditional smokable varieties.

"We have a diverse population, and what the chamber wanted to do was get the topic out on the forefront and have a conversation about the concerns, and see if folks like Sterling and GTI could address the concerns," Frey said.

Crockett, who has family members who have benefited from the use of medical marijuana, said an estimated 150,000 people in Maryland currently have one or more of the conditions that are covered under the state's new law.

"I will feel good when parents don't have to potentially compromise themselves, do something illegal to get something to bring relief to a family member," he said. "(I'm) really, really encouraged by that, having seen firsthand what the product can do." 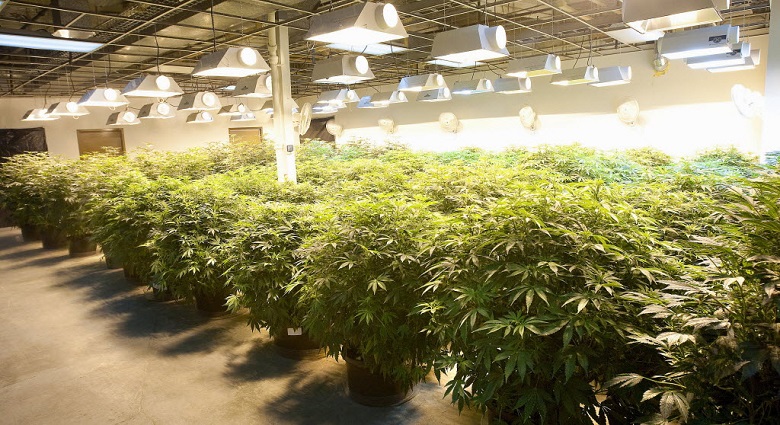