ME: Marijuana Drive-Thrus And Online Weed Orders Are A Real Possibility In This State

Few industries are growing as quickly as the legal marijuana industry. Within the U.S. -- according to data from Marijuana Business Daily's most recent annual report, entitled Marijuana Business Factbook 2017 -- legal pot sales are expected to grow by 30% in 2017 and 45% in 2018, and push higher by a total of 300% between 2016 and 2021 to about $17 billion.

A big reason why legal weed sales are growing so quickly is the changing perception of pot among the public. Gallup, which has taken various polls on the public's perception of cannabis over the course of 47 years, found in 1995 that only a quarter of the population was in favor of legalizing the drug nationally. By 2016, this figure had jumped to an all-time record high of 60%. A more supportive view of marijuana is what's allowed 29 states to have legalized medical cannabis, and pushed voters in eight states to give a green light to recreational weed.

This state wants to venture into uncharted territory

However, it's the still-uncharted growth channels for marijuana that have investors so intrigued about the future. One recreational-legal state, Maine, appears ready to push the envelope of progressivism within the pot industry in an effort to boost growth.

In November 2016, Maine voters went to the polls and by a very narrow margin of 4,000 votes (50.3% to 49.7%) passed Question 1. This measure was designed to legalize adult-use marijuana. Though the drug has been made legal, Maine is one of three states currently working on the details of how it'll implement such a decision, along with California and Massachusetts. All three states are expected to launch legal adult-use weed sales in 2018.

Last week, the committee designing how Question 1 will be implemented in Maine presented their proposals. Included are measures that would allow adult-use marijuana to be sold in drive-thru retail windows, as well as purchased online and delivered to a person's residence. In the Pine Tree State, as Maine is nicknamed, alcohol can be purchased at drive-thru windows, and be ordered online for delivery; the committee believes allowing marijuana those same perks should allow the budding industry to be competitive. Furthermore, having access to online purchases and drive-thru windows should help the legal industry be competitive with the black market.

As with alcohol, purchasers would need to present identification at the drive-thru window, or at the time of delivery, in order to receive the product.

"If Maine allows it for alcohol, we see no reason why it shouldn't be allowed for marijuana, the safer substance, so long as Maine puts in place reasonable regulations to protect public safety and the consumer," said David Boyer, director of the Marijuana Policy Project in Maine, in an interview with the Portland Press Herald.

Not everyone is on board

But as you might imagine, not everyone is on board with the idea of easing access to marijuana. State Sen. Roger Katz (R-Kennebec) suggested that the drive-thru and delivery options should be stripped from the legislation, to decrease the likelihood that adolescents could get their hands on marijuana. This also has been a common objection of Republicans in Congress, citing a handful of studies which have shown that cannabis can have an adverse impact on a still-developing brain. It should also be noted that the GOP is one of just two groups of people, according to Gallup, that still has an unfavorable view of pot; senior citizens are the other.

Katz also opined that delivered marijuana would have a greater chance of being diverted across state lines. That could ultimately draw the ire of the federal government, which has taken a back seat as long as states tightly regulate their weed industries. Federal prosecutors and law enforcement have abided by a somewhat official "rule" called the Cole Memo that protects businesses: So long as states have kept pot away from minors, been tough on driving under the influence, and prevented drugs from being trafficked across state lines, they've been left to their own devices by the federal government.

As noted by the Press Herald, Nevada also wanted to implement marijuana deliveries, but ran into a number of concerns. The state worried especially about the potential for fraud and for robberies, and struck the idea from its legislation.

Here's the bigger concern for Maine, and marijuana-stock investors

Some pundits have suggested that Maine's 20% proposed tax rate on cannabis could be the biggest detriment to legal weed in the state, but I continue to believe that a far greater concern is a possible shift in the way the federal government views marijuana.

Back in February, now-former White House press secretary Sean Spicer set the wheels in motion by not-so-subtly hinting that the current administration would regulate weed on a tougher scale than the previous administration. Not providing any deeper context to his commentary has left the industry to wonder what sort of regulations could be coming.

Recently, though, commentary and actions from Attorney General Jeff Sessions have suggested that a crackdown on the industry may be imminent. Sessions is perhaps the most ardent opponent of marijuana on Capitol Hill, and in May he wrote to some of his former peers in Congress, asking that they repeal the amendment protecting medical-marijuana businesses in legal states from prosecution by the federal government. Even more recently, the House Rules Committee blocked a vote on the Rohrabacher-Blumenauer Amendment, which is designed to protect legally operating pot businesses from federal prosecution, attempting to keep it out of the 2018 budget. It would appear that a window is opening for Sessions and certain GOP members to tighten the belt on marijuana's expansion.

How might this affect already legal states? No one knows, and that's the scary part. While there's little denying that marijuana has impressive growth potential, there's also no guarantee that it has a viable long-term growth runway. At the end of the day, cannabis is still illegal at the federal level, and the federal government looks unlikely to change its stance anytime soon. That's all the more reason for investors to stick to the sidelines until we see meaningful positive changes to the drug's scheduling on Capitol Hill. 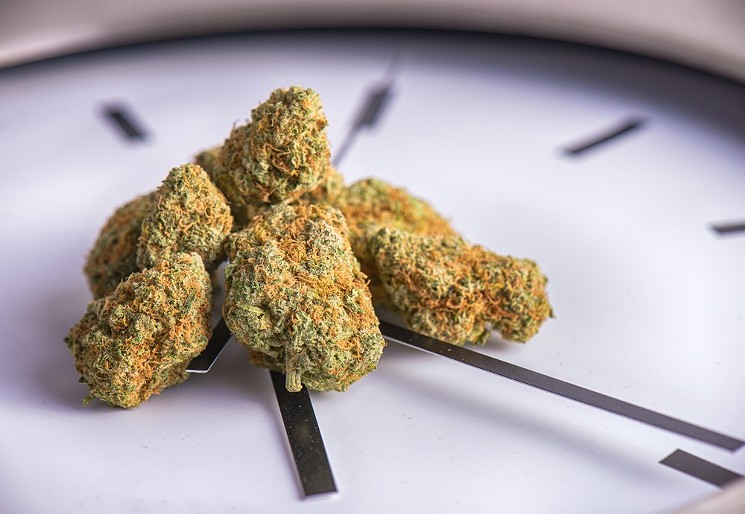