Augusta, Maine – A bill that establishes a moratorium on marijuana sales until Feb. 2018 overwhelmingly passed the house and senate on Thursday and is now on Gov. Paul LePage's desk.

Maine Attorney General Janet Mills says the current law technically allows minors to possess and consume marijuana, which is something all lawmakers want to prevent from happening.

The current law, which was passed by voters in November, goes into effect on Monday.

However, a potential showdown with LePage is looming after he threatened to veto the moratorium law. LePage wants marijuana to be regulated by the same state agency that regulates alcohol and the lottery. There is also a question about whether the bill should include $1.6 million in funding.

Legislative leaders met with LePage on Thursday in hopes of striking a deal. LePage said he would not immediately sign or veto the bill.

"If he doesn't sign it, or he vetoes it between here and Sunday, then the legal ramifications are that people under 21 could legally possess marijuana," Senate Minority Leader Troy Jackson said.

House Speaker Sara Gideon is planning to introduce another fix to the marijuana law sometime next week. 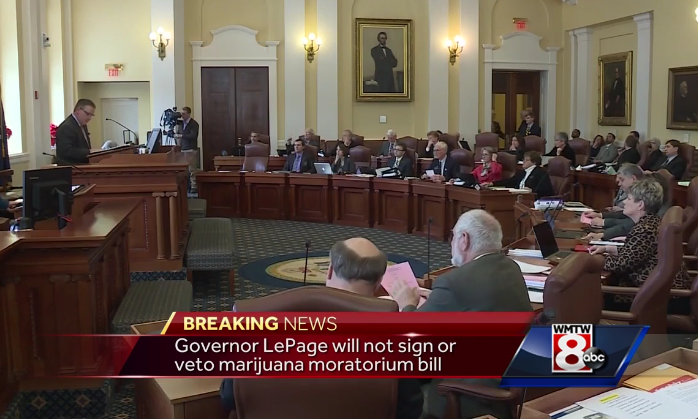 ME: Bill To Regulate Recreational Marijuana Is In The Hands Of Cannabis Critic LePage