An August 10 public meeting to discuss five proposed ordinances, each one prohibiting one aspect of retail marijuana, drew about 17 people. Those who spoke, mostly spoke in favor of regulating but allowing some form of retail activity in Blue Hill.

"We are not putting this up to promote prohibition," Selectman Ellen Best said.

Medical use and personal use and possession, both legal and regulated in Maine, are not affected by the proposed ordinances.

An April town meeting straw poll on each of the five retail marijuana operations allowed under the Marijuana Legalization Act reflected that voters were in favor of retail cultivation facilities, 263-257 but not other retail operations by wide margins.

But the accuracy of the poll was questioned by some at the meeting, as a possible bias was displayed by asking voters to prohibit, no matter the intent.

"The town governance doesn't attract a large population," First Congregational Church Minister Gary Brinn said. "The reality is that the majority of citizens voted for legalization. So I'm not sure why we're regulating."

Blue Hill voted 957-842–a margin of 6.4 percent–in favor of the Marijuana Legalization Act in the November 2016 election. Statewide, voters approved the Act by a margin of 0.52 percent.

"I think there were a tremendous number of people who voted for the referendum because they do not feel [marijuana] should be illegal, not necessarily because they wanted stores and clubs in town," Best said.

If voters fail to approve any or all prohibition ordinances, selectmen will craft an ordinance regulating the retail use, which will also have to pass town approval. Under the Act, municipalities may restrict the number and location of stores or other operations, and require annual permits but not municipal taxation.

"It's fairly simple," Schatz said after the meeting. "There's five activities. Do you want to prohibit? If not, we'll work on ordinances that people seem to be okay with."

Also discussed was the economic impact of allowing some or all retail marijuana operations, including testing facilities, basically a laboratory designed to determine the chemical components of marijuana samples through science, not smoking.

"God forbid we should fill empty storefronts," said Brinn, noting earlier that, as a minister, "I am sympathetic to addiction [issues]. As a citizen, I struggle with over-governance."

Medical marijuana caregiver Dan Brown, who recently opened a growing supplies store and has been open with selectmen about plans to open a retail store, shared his perspective.

"There was a lot of conversation within the marijuana community on whether to support retail marijuana," Brown said. "Why? It was going to put [the black market] out of business. If illegal growers are deathly afraid [of legal retail marijuana], isn't that what we want? To force it out of the shadows, to regulate." 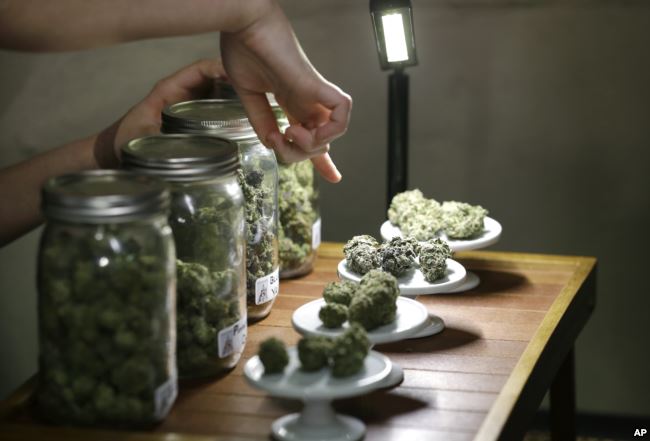 ME: What Would Retail Marijuana Look Like In Our Towns